When & When Not to Play Open Mics 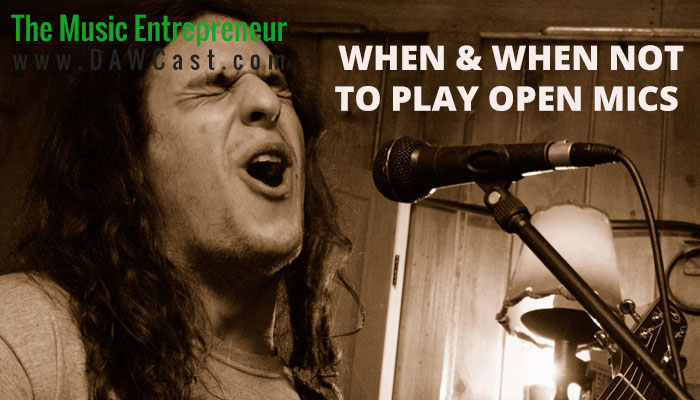 Do you have regular open mic nights in your hometown?

In Calgary, Alberta, Canada, where I live, I got connected with a lot of musicians I know because of the open mics I regularly attended (a couple of years ago; I don’t go to as many as I used to these days). There are a lot of great things about open mics, but there are also some not-so-great things about them.

A recent conversation sparked the idea for this post, which goes onto explain when and when not to play open mics. Sometimes it’s a great idea to play out, and at other times, it won’t do much for you.

Let’s start with when to play.

Here are some thoughts on when to play open mics:

When Not to Play

And here are some thoughts on when not to play open mics:

Well, it all goes back to your goals. What do you want to accomplish with your music career?

There isn’t necessarily a right or a wrong answer, but you have to make sure you don’t have any delusions about hitting it huge when the only thing you’re doing to make your dreams a reality is playing open mics.

What do you think? Do you go to open mics? Do you think open mics benefit your music career?

Let me know in the comments section below!