The Importance of Embracing Solitude as a Musician 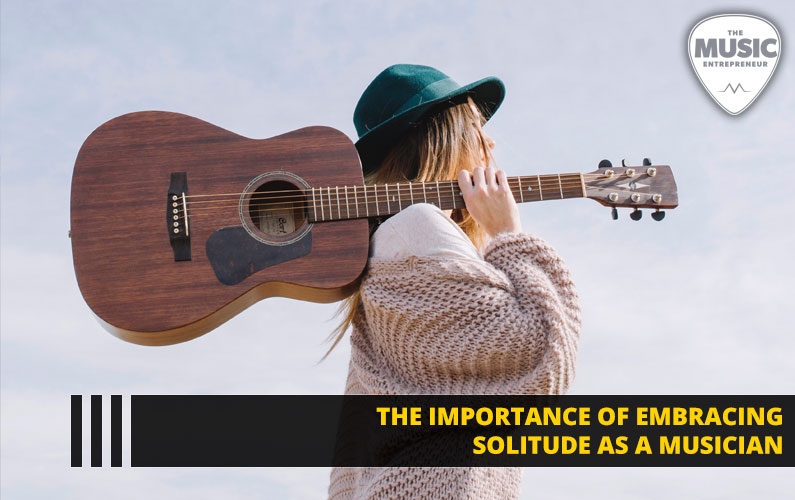 Creativity is essentially a lonely art. An even lonelier struggle. To some a blessing. To others a curse. It is in reality the ability to reach inside yourself and drag forth from your very soul an idea.

Creativity undoubtedly thrives in solitude, facilitating musicians with the perfect opportunity to delve deep inside their own resourcefulness, creating the music we both know and love.

Chaz Bundick, the creator of Toro y Moi, is just one of many modern-day musos who prefer to write and record music in privacy. To harness the potential benefits of such solitude, a musician must appreciate its historical impact and understand how it can improve the various creative processes involved in songwriting and music making.

The Historical Significance of Solitude

One of the greatest composers of all time, Mozart, passionately believed in the power of solitude. He was quoted as saying:

When I am, as it were, completely myself, entirely alone, and of good cheer–say, traveling in a carriage or walking after a good meal or during the night when I cannot sleep–it is on such occasions that my ideas flow best and most abundantly.

Mozart is not the only illustrious musician to profess his fondness of isolation. Joseph Hayden spent most of his career as a court musician to a wealthy Hungarian family on their estate, completely isolated from the outside world.

But What About Modern-Day Musicians?

It’s not just the great musicians of yesteryear that delivered some of their best work while in isolation.

Bon Iver’s breakthrough album For Emma, Forever Ago was written by Justin Vernon in his father’s hunting cabin in Wisconsin in the winter.

Radiohead recorded the majority of their third album, OK Computer in Jane Seymour’s Tudor Mansion which she allowed the band to use in exchange for them looking after her cat while she was away.

Then you have Michael Franzino, guitarist of post-hardcore band A Lot Like Birds, who wrote his first solo album while spending nearly two months alone in a remote cabin, without any internet access and phone signal.

Benefits of Solitude for Musicians

It is no secret that loneliness can be painful, but science has also proven that it can be very beneficial to musicians who are comfortable being alone.

Psychological studies have proven that solitude enables people to daydream and brainstorm better than when exposed to various distractions.

Not only does isolation give you the opportunity to be alone and gather your own thoughts but it also allows you to face your inner demons and deal with them effectively. When retreating to a place in isolation, you will be presented with a place to find inner-peace, unwind and to tap into your creativity unhindered.

Solitude Can Ward Off Depression

It is unfortunate that a great number of excellent musicians have lost the fight against depression – one of the most prevalent mental health conditions amongst artists.

Kurt Cobain, Chester Bennington and Chris Cornell are just three of many talented, successful musicians who committed suicide after a battle with depression.

Spending time in solitude, engaging in creativity while sifting through the countless feelings in your head can effectually combat depression and improve a musician’s overall frame of mind tremendously.

Giving in to the Needs of Your Mind

When musicians spend time away from the craziness of their everyday-lives, they are afforded the opportunity to organize their priorities according to what is in their own personal best interest, rather than in the interest of their producers, managers and fans.

According to research conducted by Christopher Long and James Averill published in Psychology Today:

The paradigm experience of solitude is a state characterized by disengagement from the immediate demands of other people–a state of reduced social inhibition and increased freedom to select one’s mental and physical activities.

Once a creative person has successfully distanced himself from the needs and demands of others he can solely focus on his own ability, addressing his weak points and mastering his craft.

While not all musicians seek solitude to contemplate life and deliver some of their best work, many nonetheless write songs that speak volumes about isolation.

More recently, System of a Down’s “Lonely Day” and The Offspring’s “So Alone” tugged at the heartstrings of music lovers, transporting them to a world of stone-cold loneliness.

Thankfully, solitude does not necessarily equate to loneliness, although the latter has been the inspiration of some of the most awe-inspiring songs in the world.

Where to Find Solitude as a Musician

There is no question that nature provides the best opportunities to find solitude. Not only does spending time in nature help clear your musical mind but it can also boost your creativity substantially.

Although spending time in nature, disconnected from all technology, may seem rather daunting, it can boost creativity by as much as 50% according to a study conducted at the University of Kansas. Being in nature also releases stress and improves our moods, two things that any aspiring musician can benefit from.

While it is true that solitude can lead to severe loneliness and subsequent inner turmoil, it can also be of great help to musicians seeking inspiration. Instead of fearing being alone, embrace it and be amazed at how creative you become when you spend time away from the hustle and bustle of everyday life.