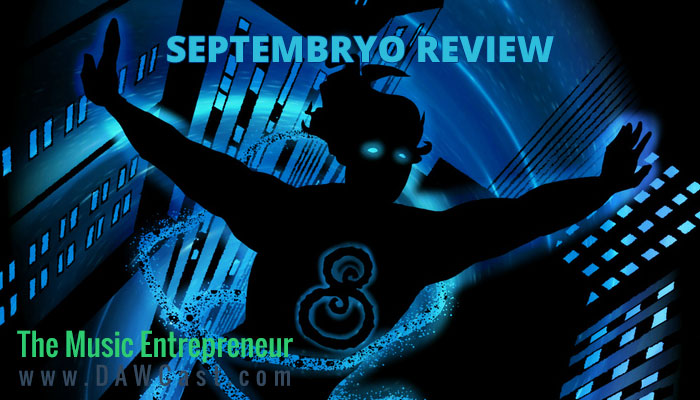 The new self-titled Septembryo album contains all of that and a lot more.

And, perhaps that’s merely what I conjure up when I hear the name Septembryo, but to me the branding feels spot-on with the overall musical direction.

When I first heard this album, I told Michael 8 that it was “a monster”, and I still hold to that. As I’ve become all the more familiar with this work, my favorites have emerged, and my personal biases have solidified, but my initial impression still holds true.

Here are my thoughts on Septembryo. 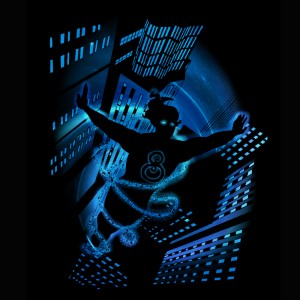 I find the production on this album to be pristine. The vocals, the instrumentation, the mix… it’s all at a professional level.

In the studio, the goal is generally to capture the best performance possible. Some might take that to mean “perfect”, but perfection is generally a bad goal to aim for, simply because it might hold up production, end up costing more, and prevent a producer from using otherwise great takes.

Septembryo is a very polished album, but there are some minor inconsistencies and pitchy vocal parts. To the average listener, however, they will prove imperceptible. Furthermore, they tend not to take away from the overall experience of the album.

And the experience is really the most important consideration when it comes to producing a great record. Michael 8 clearly had some decisions to make in terms of performance, and the fact that he paid more attention to the listening experience rather than the individual takes – though I’m sure he didn’t overlook individual takes – shows considerable maturity.

No matter how you cut it, recording and producing an album is a massive undertaking, and to end up with something of this quality should make Michael proud.

The album kicks off with the atmospheric “1983”, which quickly segues into “Septembryo”. This song features a heavy, in-your-face rock groove, but don’t be deceived; there are layers of keyboards and acoustic guitars that bring incredible depth to the song. I marvel at Michael’s arranging and songwriting on this number.

From there, we move onto one of the most upbeat and catchy songs of the album, “The Alarm Clock Theme”. For a lack of a better way of describing it, the song has a very J-Pop feel, from the repeating keyboard motif to the varied dynamics and even the melody. I won’t hold back; this is my favorite track on the album. Again, the arrangement is pure ecstasy. Interestingly enough, the song also features the voice of known radio personality, Gerry Forbes.

The subsequent “Ghosts of 1408E” is where the album settles into a bit of a pocket. After hearing the first couple of tracks, you’ve been exposed to Septembryo sound, and you get to see some of its other layers and dimensions on display.

“-55 ft Jason Rempel” is one of the fastest and heaviest tracks on the album. Michael’s voice and musical style seems to have found a match with minor progressions, and there are several songs on this album that follow the formula.

The album takes a bit of a break with the well-placed “January Waits”, a ballad featuring the voice of Lisette Xavier. The organ/keyboard solo is a very nice touch.

“The New Me” brings us back to the sound this album will be remembered for. Dark. Edgy. Minor. The melody on this song is extremely memorable, and is reinforced throughout both by Michael’s voice and the instrumentation.

The album then sets the stage for the latter half of the album with “iBelieve”, parts one, two and three. “iBelieve (ii)” could very well be my second favorite song on the album, though it’s a pretty close call. It has a great keyboard riff, catchy melodies, and more of a major sound compared to other tracks too.

Then comes the grand finale, the 11-minute epic “ElevenEleven”. The album is somewhat conceptual in nature, but you can’t help but feel that this is what it was all culminating to. It’s difficult to comment on the music here, because the subject matter is more at the forefront.

I have to admit; I am fairly well-studied, but I was thrown for a bit of a loop with “ElevenEleven”. However, I went and did a bit of research, and that’s when I came across some information pertaining to repetitive number synchronicities. There are a lot of different theories out there, but I think the excerpts towards the end of this song sum it up nicely.

There are some obvious lyrical themes throughout this album, many of them connected to repetitive number synchronicities, and in general the significance of particular numbers.

As with the Septembryo music video, I think there is some room for interpretation, but that’s the great thing about a release like this; you get to attach your own feelings and thoughts to the music.

There may be a time and place for homogenized pop music and easily repeatable lyrics, but I like when you can involve both your heart and your mind in a piece of music. The more immersive it is, the more your appreciation for it increases.

From a lyrical standpoint, Septembryo is neither overly cliché, nor is it an example of through-and-through originality. It’s really somewhere in between; a nice balance of thought-provoking and immediately accessible.

I’ve done a few reviews for folk albums as of late, but I have to say that Septembryo is a little more in my wheelhouse in terms of style and genre. I’m definitely more comfortable talking about rock compared to singer/songwriter fare, though I haven’t shied away from either.

If you’re looking for a recommendation, you’ve found one. I am a believer in supporting good independent music, and this is a prime example of that. I would encourage you to pick up a copy of this album, because though it will surely be a stepping stone onto greater things for Michael 8, it is, unto itself, a great achievement.