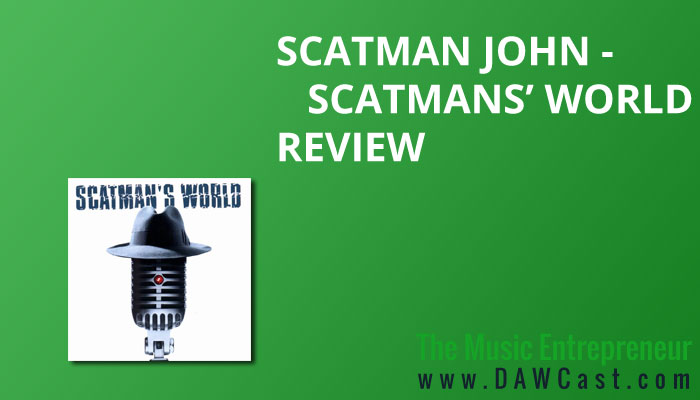 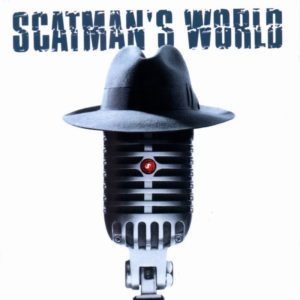 After the international success of “Scatman (Ski-Ba-Bop-Ba-Dop-Bop)” and “Scatman’s World”, Scatman John went on to release a full-length album entitled Scatman’s World (affiliate link) in 1995. Scatman’s World is the direct result of manager/producer Manfred Zahringer’s vision, who suggested that John try scat-singing to dance music and hip-hop beats. John was a skeptic until the first single made him a star.

John’s mastery over scatting is the product of his lifelong struggle with stuttering. His scat-singing style is indeed remarkable, and the album is worth a listen for this reason alone. To capture the true essence of the album, however, one has to delve a little further, because the album is composed of many layers.

In the CD booklet, there’s an introduction to an imaginary and utopian world known as “Scatland”, and “Song of Scatland” is essentially an echo of that foreword. This is the loose concept that weaves its way through the album.

Themes of self-examination and utopian idealism are found throughout the disc, and while the scat-singing is the primary focus here, each song has been carefully developed with a relevant message and melodic hook. In other words, the scat-singing doesn’t dominate every second of run-time (this would be rather superfluous).

On the whole, the album has an atmospheric feel to it. “Welcome to Scatland” is a spoken introduction with a gentle piano running behind it. “Song of Scatland” is the companion song that fleshes out these ideas. Scatman does not shy away from heavier topics, either, whether it be “Quiet Desperation”, which examines life on the streets, or “Time (Take Your Time)”, which reflects on times of difficulty and addiction in his own life. John’s writing is also tongue-in-cheek at times, as on “Popstar”, where he concludes that “A popstar isn’t everything it’s cracked up to be”.

“Scatman’s World”, and “Scatman” are still the high points of the album, though, and are the most recognizable numbers. On both singles, John spoke openly about his stuttering problem, and this offers a closer look into the man that is John Larkin.

For most of his career John was a jazz pianist, and at 52 came to know global success. He became a worldwide phenomenon, and was especially popular in countries like Japan. The combination of scat-singing and dance music works incredibly well, all told. However, this album is not going to be everyone’s cup of tea. To some degree it was written with kids in mind, and it’s probably more likely to appeal to a younger generation.

The keyboard-driven dance music that was so popular in the mid 90s takes the front seat on Scatman’s World. It does feel a bit dated, but for its time it’s still a very well-produced album.

John’s motivational message of love, hope, peace, and self-betterment are truly moving without being overly cheesy. This album is still relevant, and holds a great deal of substance compared to many releases that came out around the same time. John’s message is straightforward and convincing without being preachy.

Again, this is an album with driving bass, simple synthesizer-based progressions, and all the things that dance music was known for. Nonetheless, there are definitely some great hooks and catchy melodies. The sound quality and production value of Scatman’s World is not as high as his follow-up, Everybody Jam!, however.

On first glance, we can see that most of the lyrics are arranged into neat rhyming stanzas. This is a good indication that John and his producers indeed accomplished what they had set out to do. Moreover, Scatman John was a man with a message, and he manages to drive many poignant points home. The album also sticks together fairly well as a cohesive whole.

The two hits, “Scatman (Ski-Ba-Bop-Ba-Dop-Bop)” and “Scatman’s World” are the most memorable and dance-able tracks on the album. There are several other numbers that offer catchy pop melodies, but either they aren’t as polished, or never made it beyond the experimental stage.