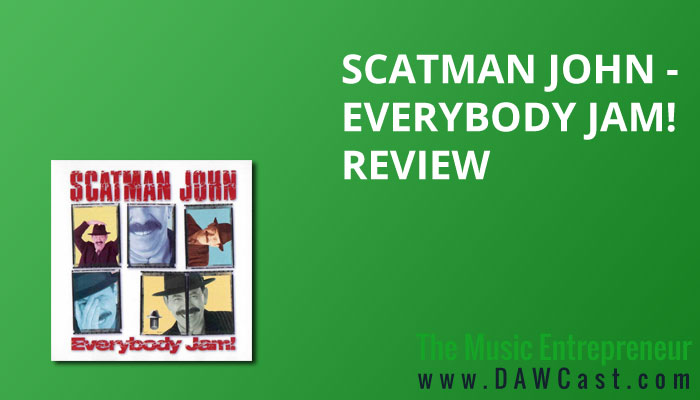 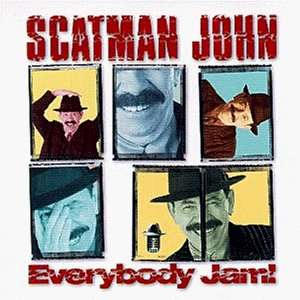 Everybody Jam! (affiliate link) from 1996 is the follow-up to Scatman John’s highly successful debut album, Scatman’s World, and is a diverse offering compared to its predecessor.

The overall production of this album is superior, with improved sound quality, packaging, and music. Because of the broad musical scope, the album also features a wide-ranging group of musicians, including a gospel choir.

The result is a much fuller sound in contrast with his debut release. Ultimately, the album did not go on to succeed at the level Scatman’s World did, but it did help solidify and strengthen John’s popularity in Japan.

Thematically, the album is a continuation of Scatman’s World. Musically, however, Everybody Jam! is even more experimental. It goes without saying that John’s trademark scat-singing is employed liberally throughout, but there is also a deliberate attempt to branch out into new territory.

“Stop The Rain”, for example, features a retro dance groove with samples of John beat-boxing. “The Invisible Man” is a cover of the techno-flavored Queen song. “Lebanon” is an ambient track with Eastern influences. The aforementioned gospel choir is present on “Message To You” and the infectious “(I Want To) Be Someone”.

While there are many promising tracks on the album, Everybody Jam! still lacks any obvious hits. Some candidates include the pop-infused title track, which is essentially a tribute to jazz legend Louis Armstrong. “People Of The Generation”, and the soul-influenced “U-Turn” are also memorable numbers, and are among my favorite.

Everybody Jam! was not as commercially successful as Scatman’s World. However, the fedora-wearing man with the battery-powered microphone was a marketable image, and became a big hit in Japan.

At the inception of Scatman John, the proposal was to fuse John’s scat-singing with dance music and hip-hop beats. This idea was carried through into this album, but Everybody Jam! has a broader musical scope as described earlier. Jazz, ambient, and world music can all be found on this compilation, and it all works. This makes for an album that has a lot of replay value, but it may take some time to grow on you.

Themes of self-examination and the human condition are still present here, but the utopian idealism has been toned down compared to Scatman’s World. While it is less of a concept album, the message is more universal and relevant to listeners. “Watered down”, some might say, but you can’t get too crazy with idealism and still be marketable at a mass scale.

From the frantic jazzy grooves of “Scatmusic” to the contagious “(I Want To Be) Someone” and “People Of The Generation”, the album features a wide variety of tracks with layers of varying instruments. The sound is polished and well-mixed.

As I already pointed out, Everybody Jam! is not a concept album like John’s previous album. The writing is similar, however, if not more constructive. The ever-changing musical styles are held together by a consistent thematic and lyrical thread.

Everybody Jam! is a very enjoyable, festive and celebratory album. It may be somewhat underrated considering all the improvements that were made over its predecessor. But again, no obvious hit, and that’s its main weakness.