More than likely, the subject of revenue sharing websites will come up in future episodes of the podcast. Though they may not directly pertain to music or building a music career, it might makes sense for some fellow music entrepreneurs to use them as a vehicle to create a supplemental income.

While there are other revenue sharing sites, I will primarily be talking about a site called InfoBarrel in this post. I first learned about the site as I was listening to the Smart Passive Income Podcast, and since I started writing articles for them, I have had nothing but good things to say about them.

I have not thoroughly researched the bevy of revenue sharing sites out there, but what little research I have done has shown that InfoBarrel is one of the best sites to write for. However, before I get into that, allow me to explain what a revenue sharing site is, in case you don’t already know.

There are sites out there that crowd source information and reward writers and content producers for their work. That would be the definition of a revenue sharing site. If I’m not mistaken, About.com used to do this. If you’ve ever done a search on Google and one of the relevant results was from About.com, someone wrote that article to answer questions like the one you posed to Google.

Revenue sharing sites are host to a variety of advertisers and affiliates, so as a content producer you would receive a cut of the total earnings from these programs. InfoBarrel is the only site that offers writers 75% of the total profits that I’m aware of. Many of the others offer 50%. Naturally, writers have an incentive to drive traffic to the content they create. 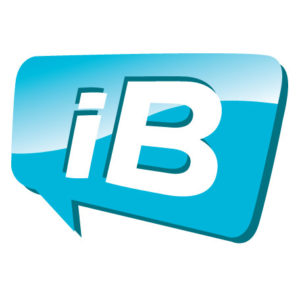 “But what’s the difference between writing an article for InfoBarrel and writing a blog post for my own website?” you may ask.

Well, if you are already making all the money you ever wanted to from your blog and more, you would be justified in saying that. While it is true that authoritative blog posts can hold their SEO and search ranking weeks, months and even years down the line, that also holds true for any content you write for a revenue sharing site (so long as they don’t shut down or change their terms and policies).

Let me put it this way; a site like InfoBarrel already has loads of user generated content that helps them rank in searches. Unless you have a staff of dozens or even hundreds of people consistently creating content for your blog, you can’t compete with a content producing machine like InfoBarrel.

That doesn’t mean that your blog doesn’t hold any value. It doesn’t mean that you can’t build up a following over time and create an income from your blogging efforts. Quite simply, what this means is that revenue sharing sites are already profitable, and because they are, you can expect to be rewarded fairly for your efforts right out the gate.

In May, my beginning month, I made $4.40 from my article writing efforts. “Big deal” you may say, but I had only written five articles that month, and they were all written between the latter part of the month, between May 19 and May 30 to be exact. Keep in mind, too, that these articles don’t go away as the new month begins. They remain in the archives, and as long as they continue to add value to people, they will continue to get read and generate an income.

In June, I produced $18.41. In July, I produced $57.65. Of course, during this period I consistently developed new content for the site.

If there’s any trick to the whole thing, it’s quite simply to continue adding new content consistently, and every time an article is approved and is live on the site (you will get an email notification), take a little bit of time to share it with your friends, with your mailing list, and on your social streams. Of course, you can share it on your social channels (especially Twitter) multiple times, as long as it retains its usefulness.

“Okay, but that’s still not a lot” you may say.

I can see why you might think that. In a system like InfoBarrel, you are not rewarded for hourly effort like you would be in a job. You are rewarded for the ongoing production and promotion of valuable content.

However, when I saw how my earnings multiplied (by a multiple of four and then by three) in the first few of months, I was convinced that InfoBarrel could be leveraged as a vehicle for a freedom-from-your-job plan. My mind was blown!

As an entrepreneur, I believe this is how we need to look at things; not how much benefit an activity gives us in proportion to the effort we put in, but rather, “what are the long-term results this activity could create?”

If you kept producing content on a steady basis and continued to promote it and continued to grow your social media following in the process, you could increase your monthly income to the point where you could walk away from your day job! If all you have to do is get up in the morning and write an article every day, you don’t have to worry too much about things like gas, car maintenance, or the cost of lunch. Certainly, there are testimonials of people who have made $2,800 a month from their efforts (that’s $2,800 on the side!).

Not to get too excited, of course. It would take considerable time and work to write enough content to increase your earnings to that point. You would have to really work the plan over the long haul. However, I do believe the potential is there.

I have produced a little over 30 articles for InfoBarrel to date. This is still a small number compared to many long-time users, but it’s good to know that even at this stage, I can make a little bit of extra money in my spare time.

So far, I haven’t found any major restrictions in writing for InfoBarrel. I have written on books, finances, success, leadership, entrepreneurship, business, music industry, movie directors, content marketing, podcasting and blogging. Some articles have been denied approval due to spelling or grammatical errors or too many self-serving links, but I’ve never had to re-write an article completely. All I’ve had to do is make a few quick tweaks, and the article always went live.

If there’s one thing that can feel a little tedious, it’s using the proprietary content entry fields. Whether you’re adding a text area, an image or an Amazon product, you have to create the fields you need for your article manually. It’s a little different than firing up your word processor and writing an article end-to-end. You could sort of think of it as creating a new area for each block of content you want to embed.

Even so, writing for IB has mostly been a pleasure, and as long as you’re willing to put in the effort, I feel that it’s a worthwhile endeavor.

If you consider yourself a writer in any capacity and you are interested in using that skill to add value and share ideas with people and make some money in the process, writing for revenue sharing sites might be one way to accomplish that.

Again, writing doesn’t necessarily correlate to building a music career, but it could be one way to buy more time in your day to do the work you’re truly passionate about. Many entrepreneurs have funded their dream that way; by building a profitable asset that gave them more time to pursue their dreams.

Of course, unless this idea gets you excited or resonates with you completely, don’t pursue it. You will waste too much time.

There are cross-promotion opportunities too; if you want to link back to your band’s site in the author’s section, you could quite easily do that. If you wanted to make references to other articles you’ve written or other content your band has produced (like music videos), you could do that too.

By the way, my InfoBarrel account is over here, in case you’d like to check out what I’ve written so far.