Neither Music Nor Entrepreneurship Are Intellectual Pursuits 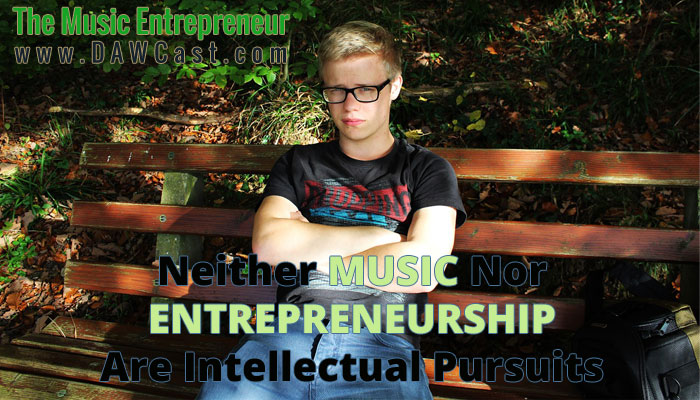 There’s something I’ve noticed about skilled musicians; we tend to be good critics.

In a sense, the better the critic you are, the faster you can grow as a musician.

If you are conscious enough to see where the holes are in your own playing, you can also figure out where you need to improve.

Self-improvement is where being a good critic pays off. Applying that to every area of life, however, can be problematic.

No One Has Ever Erected a Statue for a Critic

And no one ever will.

Being a critic doesn’t win you any friends. It doesn’t make you more relatable or approachable.

If your mental resources are directed towards poking holes in the thoughts of others, then I can guarantee you that you are wasting your brains.

When you’re trying to match your wit to someone else’s, comparison is inevitable, and neither music nor business is about comparison.

If it was, everybody would succeed uniformly, everyone would be at the same skill level, and everyone would grow exactly the same. But they don’t, do they?

Whether you like the art that someone else has created, it is still art. Even if you think it’s hogwash, there’s nothing saying that it didn’t take someone significant effort to create.

Since the content I create is in the music entrepreneurship space, I pay attention to a lot of other blogs; in specific, the comments section of those blogs.

The comments section fuels a lot of the content I create here, because it reflects the thoughts of those who are a part of that community. Plus, it’s dealing with the reality of someone’s career rather than the hypothetical.

But it often saddens me to see the kind of comments that are left on posts, because so many of them are throwaway, poke-a-hole-in-yours, contrarian, critical comments.

You must realize that someone took time out of their day to form their thoughts and put them into writing. For whatever reason, they thought it was important enough to share with the world.

They’re doing something that you’re not doing as a critic; it’s called creating.

I’m all for constructive criticism, but if your objective is to tear someone else (or their creations) down, you’re wasting everyone’s time.

When I leave a comment on a post, I usually begin it with “thank you”, because I know that it took effort.

Even if I want to leave some constructive feedback or don’t agree with everything that was said in that post, I believe beginning in this manner creates an atmosphere more conducive to profitable discussion.

If being a better critic meant success, I’m sure a lot more musicians would be successful. The reason they aren’t is because it doesn’t. It might even hurt their attempts to build their career.

Don’t get me wrong; anyone that truly applies themselves to be creative can be. But not everyone is passionate about making music, and not everyone will choose to express themselves creatively.

Sometimes, musicians feel that they will come out looking superior if they put someone else down. Unfortunately, it just reveals insecurity on the part of the critic.

Skill level and talent have nothing to do with success. I’m sure you know someone that would already be successful if that’s what mattered most.

Showing up, doing the work, and persevering in spite of hardship is what makes someone successful.

Based on everything I’ve experienced and seen, I don’t think being a critic will benefit you in any tangible way.

An intellectual urinating contest may have its place (philosophy, for example), but in music and entrepreneurship, it comes down to applying yourself.

The puzzle pieces are out there, and it’s up to you to put them together.

Don’t look down on someone for trying. Give them grace, because you were once a beginner or an armature too.

In music, and in business, it’s about being a person that others hold in high regard. If you give value, that value will invariably return to you.

What do you think? Should musicians ease up on their criticism of others? Is criticism a veil for insecurity? 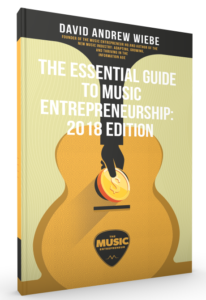 If you’re looking for all the latest information on music entrepreneurship, and you’d like to explore this subject in more detail, we recommend checking out David Andrew Wiebe’s latest book, The Essential Guide to Music Entrepreneurship: 2018 Edition.

In addition to everything covered in the original guide, there are fresh insights, new sections and experts quotes, stats, and bonus content in the short volume.

Don’t miss out on cutting-edge information that could help you go beyond in your musicpreneurship career.