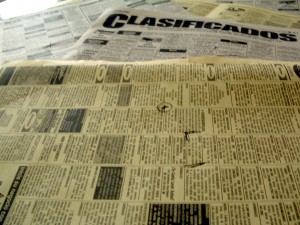 Where I live, Kijiji is one of the most popular classifieds sites. Depending on where you live, it might be craigslist or ClassifiedAds.com.

If you’re like most musicians, you’ve probably used a classifieds site at some point to sell your wears, whether you just wanted to get rid of old gear or like me you wanted to create the funds for some new gear. Perhaps you’ve been on the other side as well, looking to buy a piece of gear you’ve been lusting after at a discount rate.

I am generally on the lookout for scams, having spent extensive time on the internet since about 97/98. At first, the schemes seemed pretty harmless. You would get occasional junk emails from people in countries you’ve never met (with the worst English you’ve ever seen), asking you to deposit a few hundred dollars so they could release the funds in excess of $300,000 (or whatever the case).

Evidently, it wasn’t all harmless because they wouldn’t have continued to send out messages like that if they didn’t experience some success with them.

Over time, the scammers have gotten a lot smarter. They started sending out emails that looked as though they could’ve legitimately been from a familiar brand or company. Usually they would ask for your account information and password (note: there are no companies that I’m aware of that will actually ask you to send them your password via email).

I’ve said all this to set the stage for a scam that I recently encountered. I almost got duped – it was a very close call. Here’s what it is…

You’ll receive an email (and probably a text if you’ve listed your number) from someone looking to purchase your item. I’ve had various items listed before and the only ones they seem to go after are the high priced ones.

The number they text you from will most likely be outside of your area code. They will likely make some kind of plausible excuse as to why you can’t call them (not a good sign).

They will say that they want to buy your item (though if at any point you go into specifics about the item, they probably wouldn’t be able to answer), but because they are in the military (or some other plausible sounding reason) they need to get their “pickup agent” to pick up the item for them.

Okay, but you would have to get payment before sending out the item, right? So you request payment. Then they will tell you that they have to do a MoneyGram transfer. Again, no problem.

So you’ll get a real-looking email from PayPal saying that you need to send over a certain amount of money for your funds to be released (you will actually get an email back if you reply to this message).

Not that I would have been terribly sore about losing the amount of money they requested, but I still wanted to discern whether or not it was legit. Once more I reviewed the details they provided me with and I spotted an address in Nigeria. Hmmm… That’s where I finally started to question what was going on.

I proceeded to the postal office where they do MoneyGram transfers and point blank asked the guy behind the counter if this was a scam or not. He was almost sure that it was.

I know some of you are thinking you probably would have caught on to this elaborate scheme sooner, but you have to remember this guy carried on an entire conversation with me over multiple emails and texts. There was definitely a real person on the other end.

So, in conclusion, if at all possible, sell locally to avoid this problem. Try to get your contact on the phone as soon as possible so you don’t waste your time (and potentially your money) talking to international “buyers” (though I have had buyers within the same province work out).