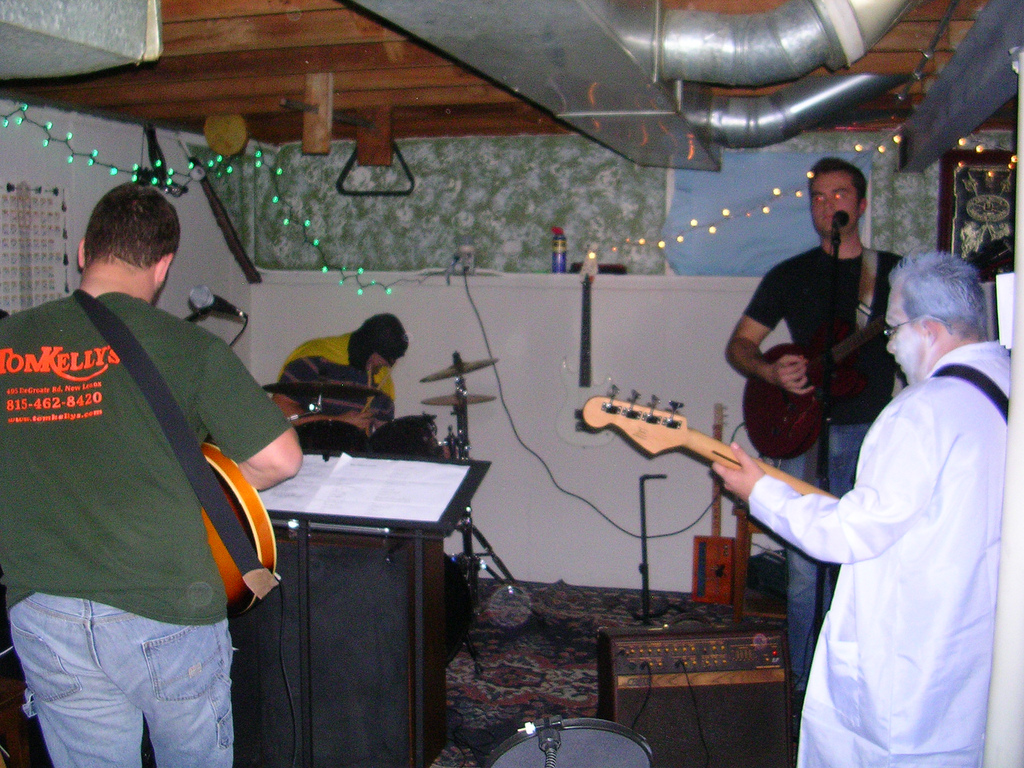 Update: once upon a time I started a blog called Basement Music Marketing. It didn’t last long, but I used it as a platform to advocate against conventional wisdom. You may have watched that one Seinfeld episode where George Costanza decides to do the opposite of everything his instincts tell him to do (I think the episode was called “The Opposite”, actually). That’s pretty much what I tried to replicate with the blog. This is just one of the six posts I published for BMM. The opinions below don’t necessarily reflect what I believe anymore. In fact, you might want to check out this post about major labels if you really want to know what I think about today’s music industry. In any case, I’ve preserved this post for entertainment and SEO value. Enjoy.

You may be under the impression that you have to be signed to a major record label to find success in the music industry. You may think you have to get your CD and poster in HMV and that’s the be-all-end-all of success. I’m here to tell you that the old model of music industry success is dying very quickly, and unless you’re willing to reinvent yourself, you may find success to be very far away indeed.

Obviously, your picture of success is going to look different than anyone else’s. Still, I would encourage you to let go of the old model. Record labels are shutting down in a hurry. They haven’t been able to keep up with the demands of the consumer, and haven’t come up with sensible solutions. They’ve served absolutely no purpose over the last 20 years except to exploit and manipulate artists to their own ends.

Physical distribution is becoming less and less important. 10 years ago it may have been beneficial to have your CD carried by every major distributor, but record stores have nowhere near the amount of pull that they used to. Even stores like HMV have had to reinvent themselves, becoming a multimedia outlet instead of simply a record store. Digital distribution is quickly catching on, and people are far more receptive to the idea of spending 99 cents on their favorite song as opposed to 20 dollars on a rare, hard-to-find CD.

Bars aren’t the only place – nor were they ever the only place – where you can play music. There are plenty of businesses that would be interested in having you play, and they might even pay you more besides! Bars and pubs are stupid. Some are open and receptive, while others are exclusive clubs where only bands with a local following are allowed in. They’re only interested in money. And while I do believe you should make every engagement worthwhile for you and your client, you don’t need to put all of your energy into booking a gig at a pub where you’re obligated to play covers, bring 50 people out, get all those people to buy drinks, play for 3 hours, and get paid a whopping 50 bucks for all of your blood, sweat and tears. No, don’t do that.

Open mics are stupid. I’ve never heard of a more backwards way of trying to promote your music. Typically, the hosts play too long, everybody turns their three minute song into a six minute jam, you only get to play two to five songs at most, and it’s usually first-come-first-serve. You’re playing your music for musicians, which may allow you to get booked in that venue. Maybe you’ll get on the bill for another show, or if you’re really lucky, you might sell some CDs.However, I can think of a hundred different places where playing two to three songs would be far more beneficial to your career, like weddings, musical showcases, or at your friend’s BBQ.

Let go of the old model. The old model is quickly dying, and anyone that’s trying to hold onto it will get left behind.