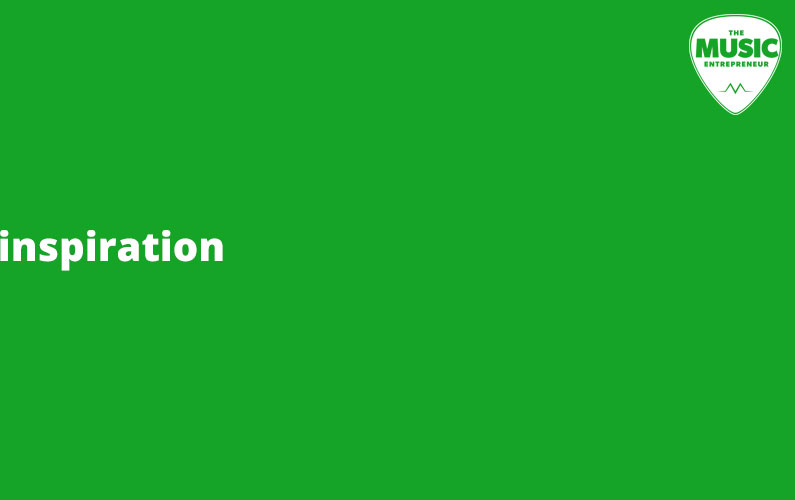 Talk to any artist – most will tell you that inspiration comes from some outside source, whether it’s mass consciousness, muses, God, or otherwise.

I get why they say that. One moment you’re going about life as normal. The next, you are possessed by an idea whose time has come. If the artist is in a position to drop what they’re doing and pursue the idea to its logical end, they likely will.

This post came from inspiration. You wouldn’t be reading it today if I hadn’t taken hold of the idea.

This series wasn’t even what I meant to write in the first place. At the time, I was in the habit of writing one new eBook per week, and I was about to write “My Top 10 Tips for Creatives.”

But when the first section quickly blew up into 1,000 words, I said out loud, “I think there’s something here.”

It could no longer just be an eBook – it had to be fleshed out and made into something more.

I remember when I fell in love for the first time – I’m sure you do too.

Sure, I’d had some crushes in Jr. High, maybe High School too, but nothing quite like this.

I was 25 when it happened. Up until that point, I was walking through life in a haze – I truly believed that whatever happened to me is what happened to me, and I had no say in it whatsoever.

It took me a long time to work through my victim mentality, but I’m glad my personal development journey had also started around that time. If Steve Pavlina hadn’t helped me realize that you can live consciously, I’m not sure what would have happened to me.

Anyway, I hadn’t really even considered the possibility that one day I could be – or I would even want to be – married. I had a hard time believing that anyone would ever be interested in someone like me. I didn’t exactly have evidence to suggest that the opposite sex was even aware of me.

I met her at a guitar workshop. Strange – I guess what they say is true – if you go and do the things you’re passionate about, you’ll meet the right people. It took a lot for me to get up and drive out to Red Deer that day, because I also had an anxiety disorder that had started tormenting me two months prior. But I was glad I went.

Unfortunately, while she may have been “right people”, she wasn’t the one, if there is such a thing. Within three months of meeting her, the relationship ended. The confluence and miracle of events that had led to that point really had me thinking I had found my love. I was wrong, and I was heartbroken.

It was music that saved me (aside from God), both from the anxiety and the heartache.

That summer, I wrote about 15 songs, and I probably had more in me, but that creative well eventually ran dry. First love, first heartbreak, and first panic attack, all within the span of five months.

Input. We really can’t downplay the importance of input when it comes to inspiration.

If you take nothing in, if you never experience life, you would never have anything to draw, paint, write or sing about.

The problem then, is that we don’t give enough thought to the quality of our input.

Professor and author Adam Grant says that if geniuses like Albert Einstein hadn’t internalized their assumptions of the world in their later years, they would have been able to leave even greater contributions than they did. Imagine that.

But that’s the issue – we don’t challenge ourselves enough.

We get locked into a certain way of doing things. We read the same graphic novels, watch the same TV shows, listen to the same music, and hang out with the same people constantly. We tend to reinforce well-worn neural pathways. I’ve observed these trends in my own life.

So you can’t do your best work without new input. You won’t challenge assumptions, and you will leave this world without making the contribution you’re capable of making.

Religion, school, and parenting gets us locked into a certain way of thinking. I wish I could say that this was healthy, but in my experience it has proven detrimental – both to me and those around me. Some assumptions must be challenged.

As creatives, we have to be careful of waiting for inspiration.

Sometimes we do ourselves a disservice by not waiting for inspiration. But most of the time, we wait too long. We don’t realize what a luxury inspiration can be.

Try working under deadlines for a while. If you have to eat, and you need to get the work done to get paid, you’ll do the work, inspiration or no inspiration. Otherwise, you risk losing your reputation, your client, or your job.

I think that’s part of the reason why I don’t get writer’s block – I would be in serious trouble if I did. I might be able to fudge a day or two, but if I was late an entire week on my deliverables, someone would call me out, guaranteed.

Does the best work come from inspiration? I have a hard time arguing with that idea. But many who succeed in their profession also seem to be those who aren’t afraid of putting out a lot of work. All things being equal, if your odds at success were no greater than anyone else’s, it makes good sense that your odds would improve with volume.