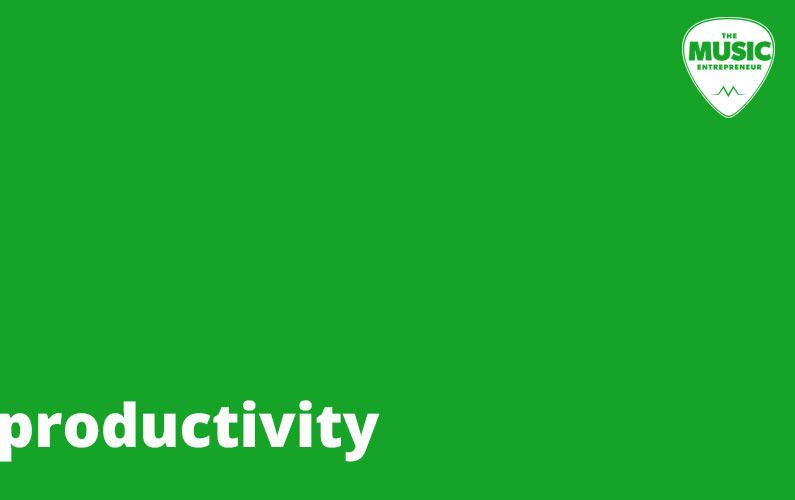 I was recently asked whether or not I’ve ever experienced writer’s block.

I smiled, shook my head, thought about it for a moment, and responded, “Nope. I’ve been burned out before, but I’ve never had writer’s block as far back as I can recall.”

The signs of burnout were:

None of which were characteristic of who I naturally am.

Call it intuition, or call it an incisive word of God, I was prompted to take a sabbatical around that time.

When I decided to go fishing one summer day, I was listening to a podcast on the very topic of sabbaticals.

It was a timely message, and one I would have never heard had I not made a rare excursion into nature.

And when I say rare, the last vacation I had even been on was three years prior.

I took about a month off to think things over, enjoy myself, and go fishing a few more times.

I still fulfilled my daily commitments, of which I had a few, but I focused on completing the minimum amount of work required and not on doing a lot of extracurricular work.

I do think I get a lot done – though if I were to measure my personal output against my standards, I’m sure I would say I’m a far cry from where I would like to be.

People do sometimes ask me, “How the hell do you do it all?” Still others have commented, “You’re the hardest-working person I know.”

And in the past, I tended to deflect what I probably could have been taken as a compliment.

I would just shrug my shoulders and say, “I don’t know”, or maybe throw around a term like time management.

True, I have learned a great deal about productivity, time management, or priority management – whatever you want to call it – from the likes of Derek Sivers, Steve Pavlina, or Stephen Covey.

And maybe managing your time is something that becomes obvious to you given enough practice. And maybe if you have goals that really drive you, you’ll have no choice but to be productive.

Completing projects in one fell swoop instead of chunks, listening to podcasts while driving, conducting weekly reviews, or setting action-based (and not fluffy) goals… These things come naturally once you’ve done them for long enough.

But as with anything people ask you regularly, you start to form a more eloquent answer – or at least try to.

Even so, whenever people posed me with “How do you do it?” type questions, trying to respond in a caring yet direct way in conversation seemed impossible. I just started saying, “read the blog post Do It Now by Steve Pavlina.”

I guess most people don’t listen to advice, or maybe they just don’t take me very seriously. Maybe what inspires me doesn’t inspire them, or, maybe, like me, they fear being exposed.

To me, productivity is a serious life-or-death matter, and I don’t think anyone who calls themselves a professional would say anything to the contrary.

But if you’re serious about doing more with the time you have – we all have the same 24 hours in a day – you’re going to have to make some changes, and I think we’re all afraid of anything that threatens our comfortable way of life.

Is writing a creative pursuit? I suppose it is. But I can’t say that I’ve ever been at a loss for words, unless I’ve been completely burnt out.

I have observed, however, that there appear to be different rules for different mediums of creativity.

Throughout my life, my creativity has known many expressions – I’ve written and drawn graphic novels in Japanese, I’ve painted scenery, I’ve written songs… I could go on.

But I have never known a muse more fickle than the musical muse, if there is such a thing.

I’m either inspired to write a song, or I’m not – there is rarely any kind of middle ground. It’s like an on-off switch.

Significant life events often seem to prompt the need for a song – or many songs – but not always.

I’ve lost several family members through the years, including my dad, who passed away when I was 13.

But despite the haunting beauty of a song like Eric Clapton’s “Tears in Heaven”, I have rarely felt able to adequately express the emptiness that accompanies death.

A song called “Now That You’re Gone” is about the only one I’ve penned that has stayed with me over the years.

Some inspiration is worth waiting for, but most of it is gotten. You have to expose yourself to fresh stimuli on an ongoing basis, and even when you think you’re getting nowhere, you have to remember that your brain is putting the pieces together, absorbing everything you willingly open yourself up to.

W. Somerset Maugham, the playwright, is famous for saying:

I write only when inspiration strikes. Fortunately it strikes every morning at nine o’ clock sharp.

But truly, not much more needs to be said about consistency. You already know that you should be consistent.

You already know what you should do. But why won’t you do it? To me, that seems like a far more important matter.

Is it because you’re lazy, distracted, busy, unstructured, or tired? These are the problems and excuses you need to tackle. Forget about consistency until you’ve identified what’s getting in the way.

And I will add the caveat here that not all of us have a nine-to-five job, a symmetrical and pre-structured daily routine. Some of us are freelancers, contractors, entrepreneurs, or self-starters. I certainly fall under this category.

The reason I bring this up is because a pro always finds a way to do their work, regardless of whether or not they actually have a consistent time and place to do it.

It is immensely beneficial to have that predictability, but you can’t always afford it. You can’t always make it happen. Do the work anyway, or it will never happen.