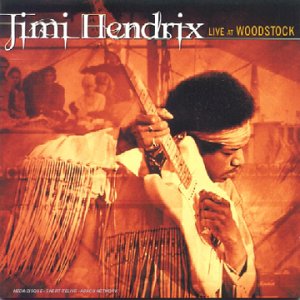 When it comes to Jimi Hendrix, his live performances are almost as memorable as, if not more than, his studio recordings. His Woodstock performance certainly falls under that category, and there are several reasons for that. Among those reasons is surely his legendary performance of “Star Spangled Banner”.

Not only was his rendition of “Star Spangled Banner” unconventional, it was a matter of controversy. People wondered if it should it be interpreted in such an aggressive fashion. That’s part of what made it so memorable.

Another reason people remember this performance is because it was delayed. Jimi Hendrix and his band of gypsies didn’t appear on the day they were supposed to perform. There are many reasons suggested as the cause, including the weather, but the reality of the situation is that there was probably some miscommunication between several different parties.

Regardless, the band went on to perform for tens of thousands of people. Since they were the last band to perform a the Woodstock festival, there were in fact many attendees who had already left, feeling weary and trying to beat traffic on their way home.

Part of what creates such a legendary performance is the audience. There is a great deal of myth surrounding this particular event, and let’s not forget that Jimi Hendrix is like the very definition of legend, with his unparalleled guitar skills and unfortunate untimely death.

Regardless of all the speculation and hype, immortalized on these two discs is Jimi’s lauded Live at Woodstock performance. The reality of the situation is that Jimi’s band was vastly under-prepared (perhaps with the exception of the rhythm section; Mitch Mitchell and Billy Cox), and we find Jimi apologizing at various points throughout the concert for their errors. Present here were two additional percussionists and a second guitarist who all show promise, but couldn’t quite cut it in Jimi’s estimation.

What we have here is basically a giant jam session, with many songs lasting well over four minutes. Certainly, Jimi rarely performed a particular song the same way twice, but the songs didn’t always go on for as long as they did at Woodstock. It’s amazing how calmly Mitch Mitchell and Billy Cox were able to follow Jimi’s improvisational approach.

In a sense, though, this two-disc set leaves a little something to be desired, because there is no accompanying visual. Something is lost in translation when you can’t see what’s going on. The auditory experience isn’t enough to convey the full extent of this performance, so I would recommend the DVD over the disc set. Still, it’s fun to listen to these ever-improvisational and extended versions of popular Hendrix songs.