I was Interviewed on Music2020 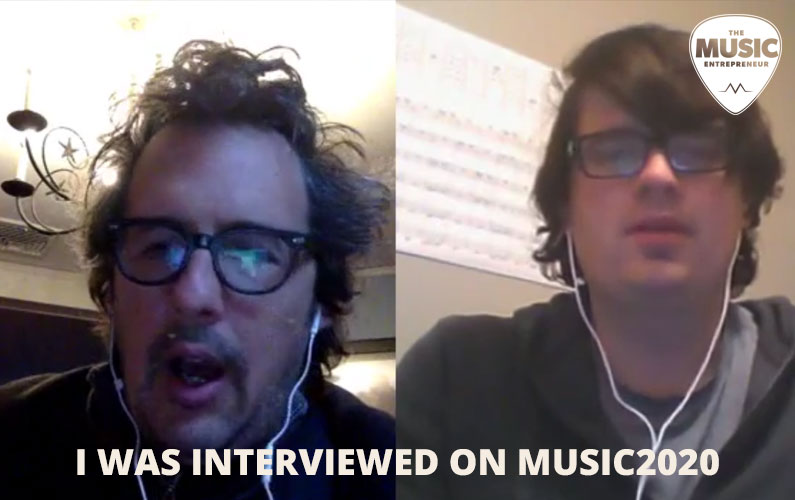 Earlier this year, I reviewed the book, Blockchain Revolution.

This was a long and difficult read, though certainly compelling.

You may know the blockchain as the technology undergirding cryptocurrencies like Bitcoin.

What you may not know is that the blockchain could change the way transactions – not just financial, not just crypto, but all manner of transactions – will be completed in the future.

And some of my colleagues believe that the blockchain could bring positive change to the music industry.

What’s the Problem with the Music Industry?

Last week, I was at an open mic. There’s a Thursday jam that I’ve been going to regularly in the last couple of months.

This is significant, at least to me, because I haven’t been going to many jams or shows since summer 2014.

But the Thursday night jams have given me the opportunity to work on my craft (I try to incorporate a different song in my set every week), get out of the house (I work from home), and get to know some neat people.

I’ve been making it a point to bring my merch with me whenever I attend the jam, including my CDs and my book.

Last time I was there, there was not one, but two people that essentially said the same thing to me after looking at my book: “nobody’s making money in music.”

You Can’t Make Money in Music?

I can’t speak for you, but in my locality, it’s true, not a lot of musicians are making money by the truckloads or getting calls out of the blue to play killer shows.

There are some exceptions I’m aware of, and I know some of those artists personally, but most people aren’t succeeding at the level they would like to be.

Imogen Heap is an advocate for the blockchain. Perhaps unsurprisingly, she is one of the subjects discussed in Blockchain Revolution.

She keeps less than 20% of all revenue she generates from her music. Wow.

We often think big label artists are making the big bucks, but they don’t even get to keep over 80% of the money they work so hard for.

But imagine your band landed a record contract. Your album bombs, and your tour is humdrum. You still somehow manage to generate $50,000 in a year.

But you don’t have Imogen Heap’s contract, so you only make 10% of that – $5,000. Hardly enough for a band of any size to live on, especially over the course of 12 months.

And of course, the label lets you go because they don’t believe in your future potential – they want success now.

I know I’m jumping around a bit, but let me handle the objection from earlier.

When people look at my book and say, “no one’s making money in music”, what they’re really saying is, “why should I give you my money when I can’t generate any money in my music career efforts?”

The truth is, nothing could be more ridiculous.

I’ve talked about 17 ways I’ve made money in the music industry right here on the blog. And that number is even higher now – I just haven’t had the chance to update the post in a while.

I’ve made thousands of dollars playing with a tribute band. If you don’t believe me, have a look at some of my income reports (I earned $559 just in live performance in February).

In my book, I even mention several artists that are creating a following and doing things on their own terms – Tiffany Alvord, Igor Presnyakov, Pomplamoose, OK Go, Amanda Palmer, Macklemore & Ryan Lewis, Lindsey Stirling. On the list goes.

Sure, some of these people might have more of a backing than they once did. The point is that they worked for what they have, and they’re doing alright.

Looking for newer examples? How about Stevie T?

Here’s what I’m getting at. I don’t agree that it’s impossible to generate good income in music. But I do agree that the industry has got some problems.

And some of my colleagues believe nothing will change until we can eliminate Payola and the chokehold labels and tech companies have on music.

But they nevertheless believe that the blockchain could bring about meaningful change to the industry, that it would make music more profitable for artists at any level.

Have a listen to my interview with George Howard on Music2020.