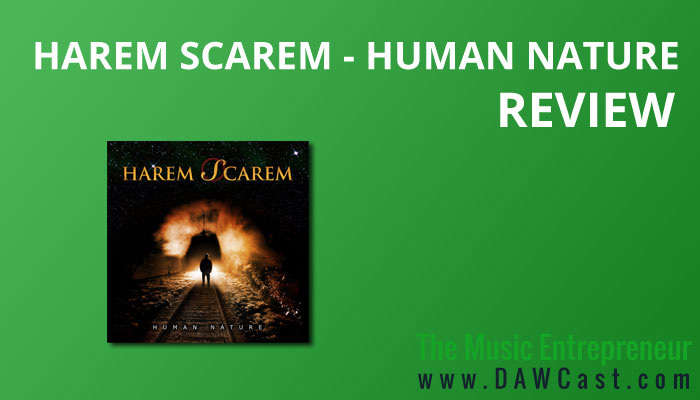 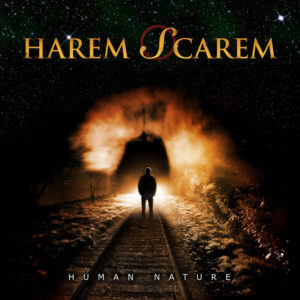 Harem Scarem has been consistently releasing new material over the last 5 years; 2002’s Weight of the World, 03’s Higher, 05’s Overload, and in 06, Human Nature.

This prolific group has stayed faithful to its melodic rock roots, but they’ve also taken a few cosmic leaps along the way (i.e. listen to their self-titled debut and then to Mood Swings).

Human Nature finds Scarem in prime form, and although they haven’t taken any intergalactic jumps this time, the album is a true reflection of what fans have come to expect from this amazing band. Sure, looking back they may have alienated a few fans along the way, but Harem Scarem is a band that is continually looking forward, changing and evolving as necessary. Moreover, it always seems to pay off, like it does on Human Nature.

From the opening track, it is apparent that Harem Scarem hasn’t lost anything. Upfront and unapologetic guitar riffs, catchy hooks, big vocals, and melodies that few bands can duplicate. Some may say that they belong in the 80s, but many listeners will realize that melodic rock and Scarem go hand in hand. You can’t take the engine from the car and expect it to keep running. The band has a slightly more updated sound, but it hasn’t interfered with their creative vision. They may have slight leanings towards power pop on Human Nature, but the whole album is like the culmination of all the good parts of previous efforts.

For example, the solo section of “Next Time Around” is reminiscent of “Climb the Gate” off of Big Bang Theory. When you stop to recognize a moment like this, you are left with a smile on your face. Likewise, there are a few other heard-it-before moments scattered throughout the disc. Human Nature doesn’t really suffer from it, however. For the fan, it’s more like you’re in on an inside joke. The band is merely nodding towards their previous projects.

On the flip side, it’s refreshing to hear a song like “Give Love/Get Love”, a tribute to Queen. For a band that has always cited Queen as an influence, it’s almost as if you can hear the fans saying “it’s about time!” It really is about time. Scarem does a fantastic job, while staying true to their own sound.

Everything fits into place exactly like it should. The big vocal sound, the drums, the soaring guitar riffs… The only thing we should be hearing a bit more is the bass, but it’s negligible.

Scarem has always been an intensely creative and imaginative unit. Their sound is truly their own, and there really isn’t a stale moment.

The mix is a lot cleaner and less grungy, compared to, say, Big Bang Theory. Scarem will probably always appeal most to a particular audience, namely those who enjoyed 80s hard rock and melodic rock. Even so, their sound is updated enough to find mass appeal.

It’s hard to find proper criteria to rate this band with, but a healthy dose of musical variety has usually been a staple of the Scarem diet. While Human Nature isn’t as varied as Mood Swings, it doesn’t get tired and is very listenable all the way through. There are some straight-up rockers like “Human Nature” and “Reality”, power ballads like “Hanging On” and “Starlight”, and even the Queen-influenced “Give Love/Get Love”. There’s definitely some good variety here.

Lyrically, Human Nature is far more straightforward than many of Scarem’s previous releases. The subject matter is both relatable and poignant, and even thought-provoking at times.

Despite some similarities, this album is sure to receive much better press than Big Bang Theory. Not only that, but it could quite possibly be their best work since Mood Swings.