How to Handle Internal Conflicts in Your Band Part 1: Money 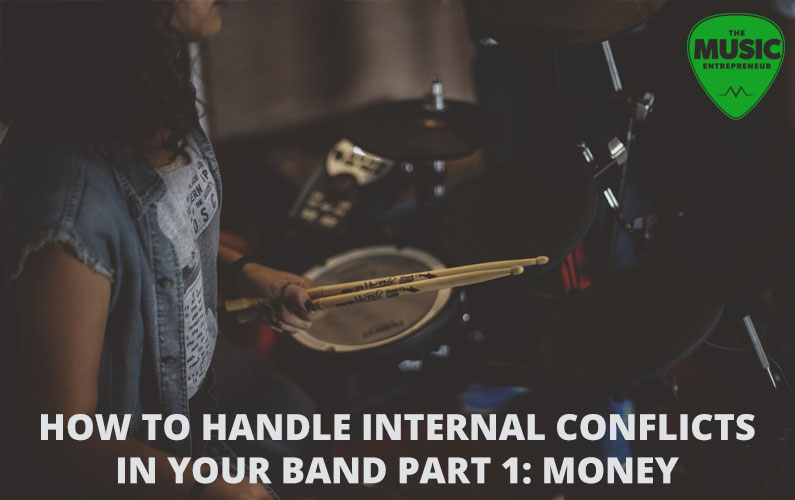 I’m going to preface this series on internal conflicts by saying that no two situations are exactly alike.

Sure, there are some common themes to most conflicts within a band: ego, money, transportation, girls or guys, scheduling or time issues, flakiness or lack of commitment, and even death.

I’m going to be talking about what I think are the three overarching themes: money, time, and personality.

But I just want you to know that there isn’t necessarily a definitive way to handle conflicts. You must be willing to dig deep into your situation to find the root cause of the issue.

Let’s begin by talking about money.

Conflict with money often comes up because someone in the band isn’t willing up to pony up their fair share.

Maybe you just recorded an album or had some new T-shirts done up. Your band mates might have agreed to cover an equal portion of the expense, but when it came time to make good on their promise, they balked.

It’s not unlike when you come out with a new release – people might have told you that they would buy it, but when you finally held a CD up in front of their face, they backpedaled.

Money is where the rubber meets the road. It’s where one’s true commitment is tested.

4 Tips on How to Handle Money Related Conflicts

Arguments about money often come up because you haven’t put adequate boundaries in place for how you’re going to handle finances within your band.

Here are four tips on how to reduce conflicts related to money:

Even with the best laid plans and intentions, disputes about money can still come up. There’s a reason why money is one of the leading causes for divorce.

Be conservative. Never spend more money than you have, and don’t go into debt, even for seemingly “good” reasons. Don’t make plans based on projected income. Always be realistic.