"Free" Has Always Been a Part of Music Marketing 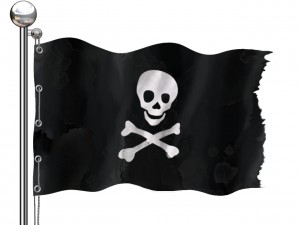 If you’ve been following my somewhat heated train of thought on the subject of “free”, you might have assumed that I am against the idea completely. I’m not. The truth of the matter is that free music has always been available in some (usually authorized) form.

For example, think of record label compilation CDs that used to come with magazines. You could pop in the CD and listen to a bunch of different artists. If you found something you liked, you might be inclined to go out and buy an album, or spend a little bit of time researching that artist.

Think of the radio. Radio has never cost anyone anything to listen to, besides the equipment necessary to tune in. Radio certainly had its share of issues, overplaying a handful of songs and offering little or no airspace for alternative artists, but it was still a very hands-on approach to finding something you liked.

Think of free services like Groove Shark where you can stream any song you want from a huge catalogue of artists. I can’t see a huge difference between a platform like this and illegally downloading music, other than the fact that artists still get compensated when you listen to them on a streaming site.

Think of YouTube. Best to my knowledge, no one has ever had to pay for the hundreds of thousands of hours of music, music videos, and live performances available on YouTube. If you’re really unsure about an artist, you can usually find the other songs in their catalogue.

If, as Andrew Dubber suggests, the Hear / Like / Buy principle is true, then that would indicate that the only thing missing in this transaction is the Buy part. It’s obvious that people are hearing music that they like. For some reason, despite having more access to more music than ever before, there are certain people who still refuse to actually take the final step and buy the music, clinging to silly arguments. I think it’s fair to say that the ever-growing access to music hasn’t actually contributed to more sales, so it’s stupid to argue that music is too expensive.

Moreover, it’s too late to complain about CDs and their cost. That does not justify downloading music illegally. You now have a variety of wonderful services at your fingertips, which will get your favorite artists compensated for their work (at least to a small degree) as opposed to the gaping hole they see when you pirate their music. You have virtually unlimited access to all the free music you want, without ever having to pirate it. So, why pirate it?