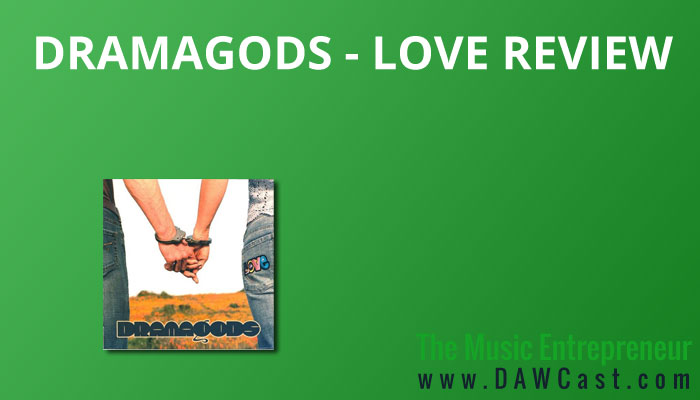 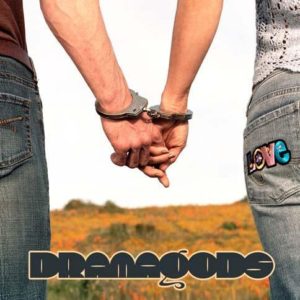 Nuno then recorded (what is essentially) another self-titled solo album under the moniker Population 1. Shortly thereafter, Nuno started to assemble a talented group of musicians, initially keeping the name Population 1, but then changing it to DramaGods. And the rest, as they say, is convoluted history.

Love (affiliate link) is one of the more ambitious music projects Nuno has been a part of since Extreme’s III Sides to Every Story. The musical scope is considerable, though somewhat uneven. The album spans 14 tracks, and well over 60 minutes in total. There’s enough variety to keep the listener interested, but some of the songs seem to drag a little. Additionally, the album doesn’t come across as a cohesive whole, but one can still appreciate the songs independently. After all, the writing covers a wide range of topics.

As I mentioned earlier, the DramaGods initially operated under the name Population 1, and it could be surmised that the name change reflects the transformation of their sound. The punk/pop rock sound of Sessions From Room 4 (affiliate link) is almost notably absent on this release, replaced by edgy alternative rock, prog rock and psychedelia. If anything, this release is most similar to the highly experimental offering, Population 1 (affiliate link).

Clearly, the DramaGods are inviting the listener to stretch their ears a little. The opening track, “Megaton”, for example, doesn’t have a hook that’s instantly likable, but grows on you with each listen. The pre-chorus section is somewhat reminiscent of the Tea Party, but it’s the unison shots that make this song. The Yes-flavored “Nice To Meet You” is another track that urges the listener to test out the waters. However, alternative rockers like “Pilots”, pop ballads like “Something About You”, and the somewhat unusual but sentimental and melodic “So’k” all have unmistakable hooks that will satisfy any desire for pop melodies.

All in all, the DramaGods play like a band that’s been active for years. Nuno and bassist Joe Pessia trade off solos on “Megaton”, and flawlessly execute unison riffs on “Lockdown” and “Heavy”. Keyboardist Steve Ferlazzo provides an atmospheric twist to many of the songs. If anything, it’s the balance between Nuno’s playing and Steve’s playing that could still use some improvement. When all is said and done, though, this is a moot point.

There’s enough variation to keep most listeners at the edge of their seats, but the sheer length and repetitive nature of select tracks could leave some listeners disinterested. The riffs are well-thought out, but most of Nuno’s solos seem to be improvised. The overall integration of the sound is well-executed, however, and there’s a good mix of slow and upbeat songs. This is a band with a lot of imagination.

The sound quality is on par with any major release, and the music could potentially find mass appeal. The atmospheric quality of the album is also a plus.

The DramaGods are a very capable band with excellent musicianship. The interplay between Nuno and Steve is outstanding, though perhaps not as forthcoming as the frantic solos on “Exit” from Sessions. If anything, the chemistry between Nuno and Joe is more apparent here.

There are several themes explored on this album, including personal loss, politics, and love. There doesn’t seem to be a cohesive premise to the album, but for the most part this is negligible. Nuno’s repeated use of the phrase “it’s not easy” seems to tally up to 10 times too many.

For the uninitiated, you should know that Love has yet to be released in North America. The band is currently shopping for possible outlets, but only God knows when it will be released. Fort he moment, it is available on the iTunes music store, and samples can also be heard on their MySpace page.

Note: when I first wrote this review, the band was still trying to figure out their distribution. Fotunately, this album isn’t hard to find anymore.