CDs Were Too Expensive! 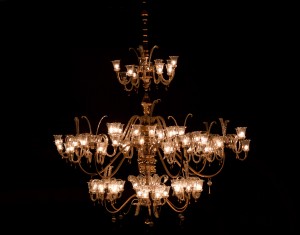 If you’ve been following along with the blog, you already know that I’ve been creating a series of posts on the subject of “free”. Recently I have seen a number of new sites pop up encouraging artists to post their music for free (and get compensated via donations). While it is true that there are some thought leaders who believe in the benefits of offering free music, I do not believe that it is the only reasonable course of action as an artist. If you want to allow your fans to download your music for free, that is your choice. However, you should not be backed into that decision.

With all of that in mind, I wanted to take a closer look at a thought that many people seem to hold; in short, that CDs were too expensive. The argument usually goes something like this: “You use to pay $15 – 25 per CD, and they would only have one or two good songs on them. What a rip!”

In theory, this sounds like a good argument. CDs were sometimes $15 or more (which I still don’t think is too high a price to pay, but more on this later) in the music stores, and, subjectively speaking, there were albums released that only contained one or two “hit” songs.

Firstly, the consumer was never forced into the purchase decision. If you didn’t want to buy that album, nobody was holding you at gunpoint. That in itself renders this argument asunder. Oh, but there’s so much more…

Secondly, there were many brick and mortar CD stores that allowed you to sample the CDs they were offering. Usually, if their headphone booths did not contain the CDs you wanted to sample, you could ask specifically to sample the CD you wanted to listen to. Huh. Now you don’t have an excuse. But wait, there’s more…

Thirdly, if you made a purchase decision based on one song you heard on the radio, then you were probably the type to make rash decisions based on hype and mass marketing. If you bought the album anyway, you are responsible. Don’t place the blame on someone else.

Fourthly, there were CDs like Remy Shand’s The Way I Feel that were only $9.99 and every song on the album was incredible. “But, I don’t like Remy Shand” you might say. Well, that brings me to my next point.

It’s entirely subjective! You may believe that a particular album only contains one or two good songs, but the bottom line is that is your opinion! Moreover, don’t you think you should give your favorite bands and artists some grace? Don’t you think that if you wrote 12 songs (more like 20 songs, which were then whittled down) that some would stand out over others?

Finally, I don’t think $15 is too high a premium to pay if I’m looking to support an artist. The issue is not that $15 is expensive; the issue is that a good chunk of that money went to the retailer and record label. That is why CD stores had to up their price. They’re a business. They have overhead. I’m excited at the prospect of being able to purchase directly from an artist and supporting them generously. That is a much better way of looking at this new season in the music industry.