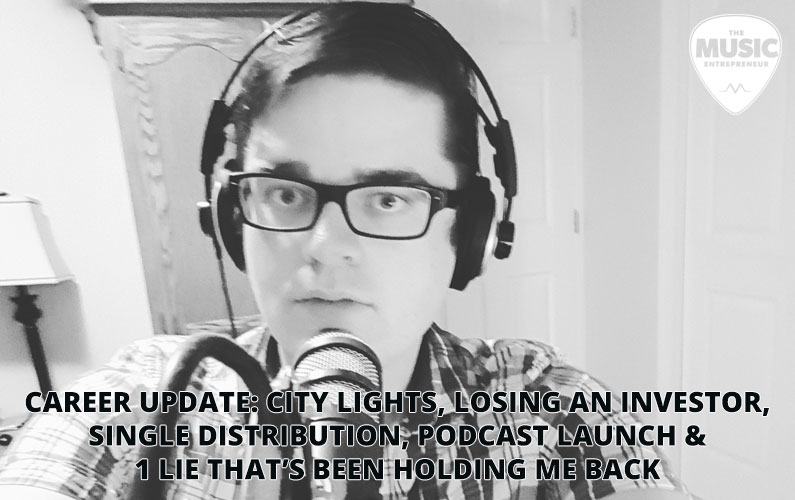 It’s time again for my monthly career update. Since the last one was so well received, I felt that warranted a fresh installation.

A month doesn’t necessarily feel like a long time, but a lot can happen in 30 days, as you’re about to find out.

Summer has been moving by quickly, but every time it’s here I’m reminded of how much I enjoy and thrive in the warm weather. And God knows we only get a limited amount of that here in Calgary, Alberta.

Let’s move right into this update so we can all get back outside.

I lost the interest of an investor/partner last month. That’s one of the reasons why I decided to issue my first career update. I wanted to clarify any lingering confusion that might exist around what it is that I do here at TME.

If I have projected an image of being “bigger” than I am, it’s because I believe in having a strong brand and website, as well as in creating and sharing high-quality content. That doesn’t automatically make me as “big” as I might appear.

It’s clear that the prospective investor didn’t really take the time to research and gain a proper understanding of what I’m up to. In the end, I don’t think he was a good fit for TME. Personally, I’m looking for people with integrity and passion that put relationship first. I have no doubt that the “right fit” will present itself at the right time.

It’s like forming a band, getting married, or any relationship that requires a long-term commitment. You don’t commit to everyone you date – that’s all kinds of bad.

I’m still learning, just like you are. And all I’ve been doing – and all I’ll continue to do – is share with you what I’ve been learning through ongoing conversations, experience and research. I will reinforce that point as often as needed.

If, at any time, you think I’m BS-ing you, feel free to call me out. If you have any questions or feedback, please ask. I want to help in any way I can, and I want my blog and podcast to be the best resources I can possibly make them. And that’s only possible with your ongoing support.

How Are Things Coming Along With Your Music?

As you know, I came out with “Fragments” in May, and “City Lights” in June. I’ve been working on a new single for July as well, though it’s possible that it may not see the light of day until August, as I had a cold for about a week in July. 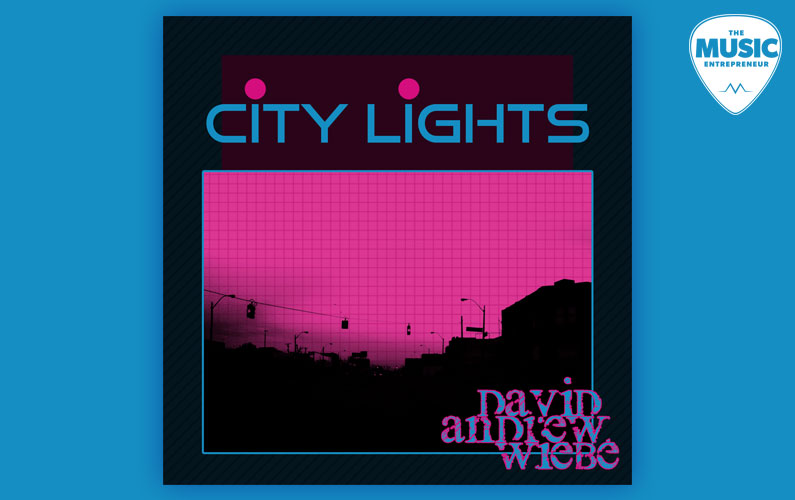 For the most part, I’ve been focusing on distributing – more so than promoting – my singles.

My process looks like this (this might help you). First, I will get my single out to all major online sellers using CD Baby. It’s low-cost and convenient, which I appreciate. Then, I manually upload my music to:

I have also been working on a PR/content syndication strategy, and it is documented, but hasn’t been fully implemented yet.

Overall, the tracks have been getting a decent number of purchases and plays, but they haven’t yielded any extraordinary results. If and when they do, you’ll be the first to know.

Building up a catalog, re-engaging fans and promoting new releases will all take time, so I don’t actually have any major expectations around what these singles will do. The main thing is to follow my desire and keep motivation levels high.

What I hope is that I will learn new things to share with you, and that my creative process will inspire you in some way, shape or form. I actually shared about the making of “Fragments” and got some good feedback on that. Perhaps I should do the same for “City Lights.”

What About Adrenalize & Long Jon Lev?

Right now there are a couple of bands I play in regularly, and I’m certain I’ve mentioned them before – Adrenalize and Long Jon Lev. A new, separate project might be on the horizon, but I can’t say for sure. I’m just going on intuition here.

I’m not at liberty to disclose too many details, but Adrenalize has been on hiatus for a few months, and we’ve been reconfiguring and readying ourselves for gigs in the fall.

Long Jon Lev has been very active, both online at Concert Window and live, in-person. We’ve been performing every weekend in July, and we have some bigger shows in the works too.

Again, I’m not at liberty to say too much about this, but there might be new material in the works for Long Jon Lev.

The Stampede and the rodeo are prevalent throughout the summer here in Alberta. This can be a lucrative time for musicians, as I’ve experienced on occasion.

This year, I only played at one Stampede breakfast, but it still ended up being profitable.

One thing you should know is that country and western music tend to be the main attraction this time of year. I’m totally capable of playing country, and I’ve played with a few different bands through the years, but it isn’t my main passion. It’s still a nice gig to have though.

How Are Things Coming Along With Your Podcast?

The new podcast officially launched on June 27, 2016. I have enjoyed conducting interviews and creating new content for the show, and so far the response has been good.

If I were a listener and not the host, I think it’s exactly the kind of podcast I’d like to listen to. I’m proud of the content.

Again, I think a long-term mindset is important, so while I did invest significant time and effort into the launch, I have no false notions about what that did or what it’s going to do.

I published several press releases over at Music Industry News Network during launch week, shared about the show on social media, and asked my email subscribers to take a listen.

I’ve given a lot of thought to how I’m going to promote the show on an ongoing basis. I’ve already started filling a whiteboard with sites I’m either going to guest post for or comment on. This will help me promote the show and build links in the process (without being overly promotional). Sounds awfully business-oriented I know.

What Is Your Publishing Schedule For The Podcast?

I’ve already had people ask me about the publishing schedule, so let me fill you in.

As with most things I choose to undertake, I don’t like doing anything half-reared. That’s why I’ve opted for somewhat of an unusual release schedule.

First, I launched with five episodes. Since then, I’ve been releasing two episodes per week, on Tuesday and Thursday. In all likelihood, this is the same pattern I will follow in the future.

I will be rounding out the month of July with thirteen episodes in total, including episode 0, which explains the scope and intent of the podcast.

But I’ve also decided to leave a month in between the release of the next series of episodes. In other words, I won’t be publishing any new episodes in August.

The next series of eight to 12 episodes (I haven’t decided on the exact number yet), will be in September.

This schedule isn’t set in stone, but I think it could work out for the good of all involved – at least for the time being.

How Are Things Coming Along With Your Book(s)?

The New Music Industry remains an entity all to itself, and is a steady seller. But I need to keep sharing the message with the world, which is one of the reasons why I started the new podcast.

I’ve been thinking about initiating a book or speaking tour, and I’ve considered the idea of working with a literary agent. I’m still open to the idea, but based on my research, there are very few of them in Canada, and it seems their primary role is pitching manuscripts. I’m not certain they help with promotion. 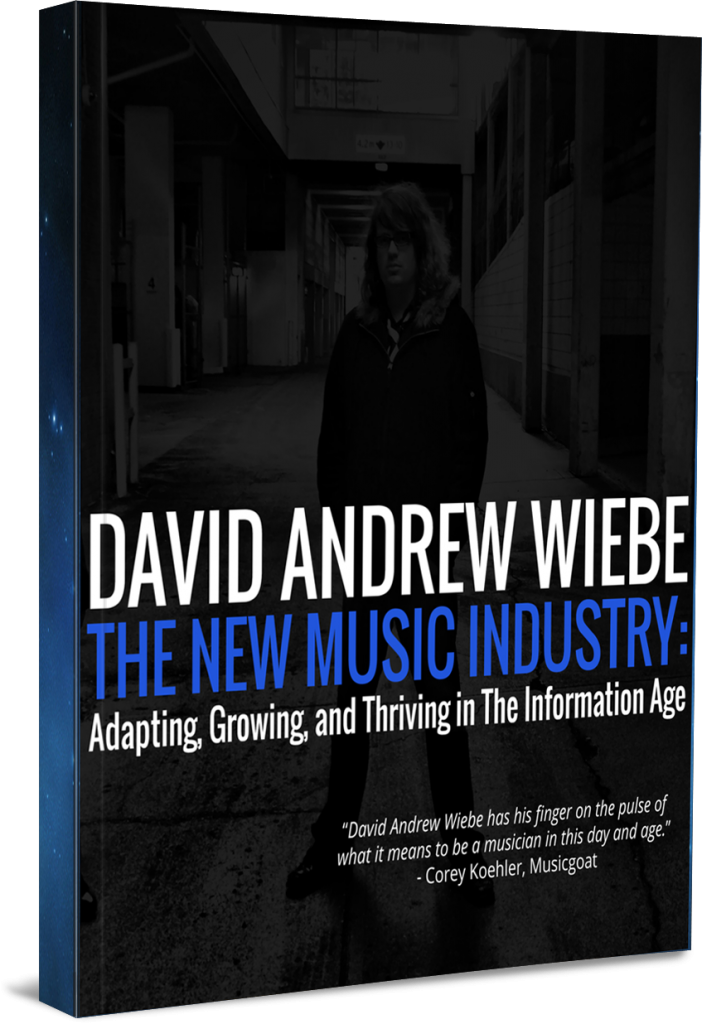 I’m looking for more practical ways to promote the book on an ongoing basis.

So it could be that it’s not an agency I’m looking for, but a promoter. Or maybe a book promotion service. I’ll have to do more research to figure out what’s right for me.

I know that it’s possible to do a DIY tour as well. This is a little challenging for me due to ongoing time constraints, but I’m letting the idea stew in my mind.

It may also be that I need to keep growing my social media and email subscriber numbers, but fortunately this is already happening, little by little.

As for my upcoming book, it’s about 25% done. I need to make sure I’m carving out some time to work on it every single week, but it’s been coming along.

What Are You Learning Right Now?

I’m learning that there are no shortcuts to success, no hidden secrets, no strategies or hacks that were hidden from plain sight.

It was a long-held belief of mine that I was missing something, that I had failed to take certain steps, that there were holes in my knowledge, that I must be off-track in some way to not have built a huge following and achieved “success” yet. I kept finding sources to verify that perspective. This is actually one of the reasons I’ve been consuming information so voraciously.

I’ve been reading and listening to the likes of Internet Business Mastery, Smart Passive Income, SuperFastBusiness, Neil Patel, Jeff Bullas, and others, some of them for years. I’ve also talked about how I’m a Fizzle member.

I’m an avid reader, and the number of eBooks I’ve been reading has recently gone up, partly because they’re more digestible than books (but are still meaty), and partly because they help me stay up to date on best practices. I will still continue to read books, but eBooks have been good for reinforcing much of what I already know.

It was a recent reading that confirmed this truth for me. I’m not really missing anything. Some people reach their goals faster than others. But success, however you define it, is not a race.

If there’s anything I’ve failed at, it’s defining my audience, but my audience is slowly growing, which tells me that I am doing something right, and I just need to amplify it.

I’m the kind of person that sticks to things they’ve chosen to do. So even though my thought process is constantly evolving, I’m merely looking for ways to do what I do better.

I guess that’s kind of a roundabout way of saying that I’m not looking to make any major changes at this exact moment. I’m going to continue to blog, podcast, perform and make music. And I’m definitely going to keep learning.

What are you working on right now? What are you learning? Where do you see things going in your career?

I hope you got something out of this, and if you did, leave a comment below and let me know.