Are Major Labels Slow to Adapt? 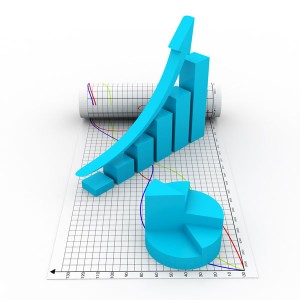 I recently read an article on Hypebot called Caught In Time: The Music Industry’s Struggle To Adapt, written by Justin Stansbury.

Hypebot has actually been a very useful resource in helping me understand the current state of the music industry. Frankly I can’t keep up with all of their updates (despite the fact that my work includes keeping abreast of the current state of the industry), but I can appreciate that they have a variety of writers and contributors. There’s definitely no shortage of opinion pieces, either.

I think opinion pieces are meant to evoke response, so while I may not be right on any of these issues, I would certainly like to weigh in…

Most record labels have spent the past decade trying to play catch up while the rest of the digital world has taken off and evolved at a rapid pace. What once was the biggest threat to labels has now become the very thing they’re trying to monetize.

I feel like “major labels are not adapting” has been the rallying cry of artists and businesspeople that either don’t want to take the time to understand the industry or people that just aren’t experiencing any success with their music efforts.

That’s okay, I’ve been there; I’m not judging anyone. I had to realize for myself that my lack of success had less to do with the quality (or quantity) of what I was producing, but rather the dirty filter through which I saw (or didn’t see) things.

The reality is that major labels are doing just fine. I already wrote about this over on the TuneCity blog. To summarize, although there have been some changes (there are three majors instead of four now); by and large the majors are still thriving.

The fact that there have been some changes shouldn’t come as any surprise. Businesses come and go. People come and go. If you’ve been on the internet long enough, you probably remember the dot-com crash. Economy changes. Business changes. It’s just the nature of things.

People have been quick to criticize labels for not changing and adapting, but in reality I think they’ve been pretty smart in observing and waiting things out. They’ve been strategic in partnering with services and businesses that have been benefiting them.

Do people want what the major labels have to offer? Like white on rice! Payola, inflation, and hype are all real problems to be sure. I don’t want to downplay what have essentially been crimes against the entire industry. However, top 40 would have been rendered pointless if indeed nobody wanted what the majors were selling; and yet these are the very tools modern artists like Pomplamoose and Tiffany Alvord have been leveraging to create a massive following.

But most artists aren’t thinking along these lines. They’re still putting their faith in traditional radio or full-length albums that will gain them label attention. They aren’t taking the time to realize we’re living in a world where music listeners decide the fate of most artists, not labels.

Whether or not radio or full-length albums get the attention of major labels, they are still very powerful tools. Why else would independent artists be shunned from airplay on major conglomerate radio? Why else would payola be necessary? It’s because radio is still a great medium for artists to leverage! I think indie artists are right in pursuing radio.

Likewise, releasing a full-length album in a world that’s single-centric has its advantages. If no one else is doing it, you’re going to stick out like a sore thumb. Is that a good thing? Not always, but isn’t every new song an opportunity? Wouldn’t it be a good idea for indies to focus on quantity (without sacrificing quality)?

The notion that people still produce albums with “one or two good tracks” with the rest being filler is also an outdated idea to me. Not only that, but I can’t believe that this is coming from someone in the industry. It’s a very consumer-centric thought to suggest that people are wasting their money on full-length albums.

Are some artists out of the loop? Sure, I will give you that, but I don’t think there are too many passionate artists that labor over their craft hoping that eight out of 10 tracks will merely be “filler”.

Major labels have good relationships with radio and streaming sites, two mediums that were panned by the indie world for either being outdated or harmful to the industry. What does that tell you? It should tell you that they are valuable and profitable mediums for the majors.

Recently, I read an article that aimed to tackle the question of who’s to blame when a show flops: the band, or promoter?

As far as shows that flop, why don’t we all just admit that it can be a difficult thing to draw a crowd? The reason it turns into finger-pointing is because both parties assume no one has done their job!

In reality, that isn’t always the case. I have personal experience in promoting shows with every bit of social media and online savvy I could muster, and the venue did nothing. I have had shows where the venue did a very good job promoting the booking and I did nothing. It didn’t seem to matter, because, the turnout and reception was a little different every time, and not necessarily contingent on promotion.

I have had shows where I did nothing to promote and there was a huge turnout. I have had shows where there was a lot of publicity, and very few people showed up. There were times when I was played to an engaged audience. There were times when I played to a crowd who didn’t respond to a lick of what I was doing. I know artists that can attest to the same.

I think there are a lot of factors that could hinder a show from being all that it could be. Perhaps there was a hockey game that night. Perhaps the weather kept people indoors, or brought people outdoors. Perhaps, at the end of the day, the show just wasn’t very good.

Is it the fault of the artist or the promoter if a show flops? Neither, unless expectations were clarified in the very beginning. A show cannot be a flop if you don’t even have a clear idea of what quantifiable mark you’re trying to hit.