6 Reasons I’m Thoroughly Impressed With The Band, The Middle Coast 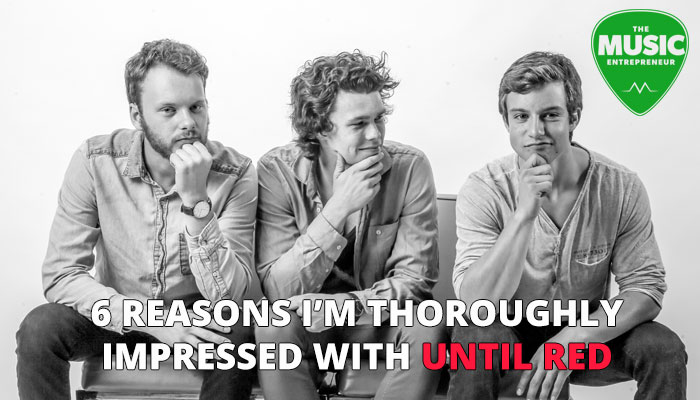 On September 26, 2015, I performed with Long Jon Lev at Wine-Ohs in Calgary, Alberta, Canada. We shared the bill with The Middle Coast, a power trio from Manitoba, Canada.

As is often the case with bands we get paired up with, we had no idea who they were or what they sounded like.

Of course, having now seen their show and what they’re capable of, I would be surprised if they didn’t build a lot of momentum coming out of their current touring efforts.

I was quite impressed with the band, and I wanted to share with you what they’re doing right. Here are six reasons I’m thoroughly impressed with The Middle Coast, formerly Until Red.

Sounding great should probably be a prerequisite for any band looking to head out on the road. It leaves a better impression with the audience as well as the venues you play at (as long as you remember to conduct yourself professionally).

The Middle Coast performed many crowd-pleasers like “Cecilia”, “(Sittin’ On) The Dock Of The Bay” and “I Won’t Back Down”, but they also weaved in their own original material pretty seamlessly.

Their three-part harmonies immediately drew people in, and their overall tightness as a unit kept people engaged throughout their two-set performance. By the end, they had a bunch of people up and dancing in front of the stage. 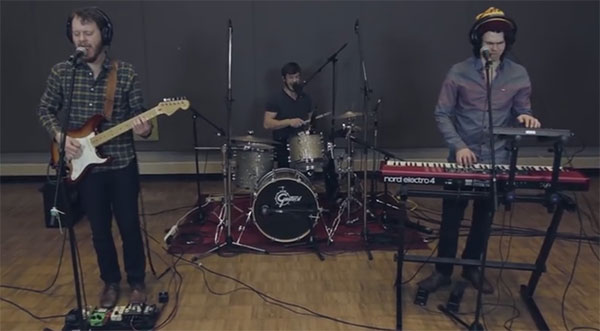 When you think of power trios, you generally think guitar, bass, and drums. The number of singers in a band like that largely depends on its members, but one or two is generally the norm. If you happen to be the Winery Dogs, then every member sings.

Not only does every member in The Middle Coast sing (and actually sing well), their band is made up of guitar, keyboards and drums. It has often been quipped that the role of a bass player could be handled by a keyboard player’s left hand, but this is one of those cases where it’s literally true, as keyboardist Liam Duncan plays bass on a Korg keyboard, and covers piano, organ, and electronic keyboard sounds with his right hand on a Nord Electro.

Achieving a big sound with a three-piece is no easy feat. The Middle Coast not only show that it’s possible, they totally own it.

Not a strategy for the faint of heart. Each band member carried clipboards with them during breaks, went up to the people sitting at the tables in the venue, introduced themselves, and collected email addresses.

These days, people don’t just give up their email addresses – at least not like they used to – but how can you resist a band that makes the effort to talk to you?

Rest assured they will see some unsubscribes from this approach (and so will you if you try it), but I love that they are so proactive.

4. They Have A Great Sense Of Humor

This was readily apparent from their stage banter. As cliché as it probably sounds, engaging your fans at shows is extremely important. It doesn’t have to be with humor, but you need some way of interacting with your audiences to keep them engaged.

Just to give you an example, The Middle Coast briefly segued into Sam Smith’s “Stay With Me” at the end of “I Won’t Back Down”. You might be aware of some of the recent controversy around that.

Timely? Relevant? Controversial? Humorous? Indeed. This has all the makings of something that could go viral.

5. They Followed Up With Me

They didn’t just take my email address; they actually emailed me a day after the performance (on a Sunday no less!), along with the note, “you are an absolutely monster acoustic guitar player (probably electric too)!”

Okay, okay, enough with the boasting. But seriously, it’s awesome that they decided to send me a personalized message. Want to get on my good side? That’s all you have to do! I wouldn’t be surprised if their fans feel the same way.

Whether you’re returning from a weekend conference or networking event, it’s always a good idea to follow up with the people you meet and exchange contact information with.

I’ve gone on and on about the importance of having a website as a musician. I don’t think I need to repeat myself here.

The Middle Coast’s website is sparse and simple, but it gets the job done. There are more things I would like to see up there, but they have the beginnings of a great web presence (836 Instagram followers, 2,140 Facebook ‘likes’, and 1,039 Twitter followers).

If you take yourself seriously as a musician (but not too seriously), then follow their example and get a domain name immediately.

I also like the fact that they have defined roles for each member.

I’m sure you can draw your own lessons from the points I’ve covered here.

Even if your band is small, you can divvy up and share in the important responsibilities as a team. You can approach your marketing in a proactive manner, and prove your worth everywhere you go by putting on a killer live performance.

What do you think? What did you learn from what The Middle Coast is doing to build their music career?