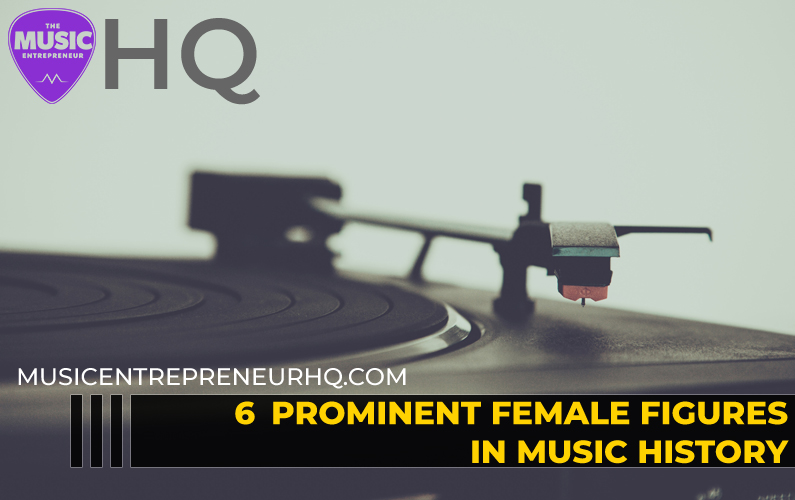 They were admired and worshipped, not afraid of taking risks and, of course, ahead of their time. They left an indelible mark in the hearts and minds of people all over the world. Their success stories became the stuff of legend and were made into multiple movies. They were an inspiration for famous writers who dedicated voluminous manuscripts to them (in fact, the essay you’re writing now may well be about one of them).

They are the 6 women who changed the world of music.

Maria Callas rose from humble beginnings to become the greatest opera singer of the 20th century. After she passed away in 1977, Pierre-Jean Remy, a Parisian opera critic, noted in his diary, “After Callas, opera will never be the same.”

Lord Harwood, a London-based musical critic, described her as “the greatest performer of our time.” Even opponents of Callas were forced to recognize her genius and the significant impact she made on the world of opera. One of them was Rudolph Bing, General Manager of the New York Metropolitan Opera, who Callas constantly clashed with over the course of her professional career. After her death, he wrote, “We will not see anything like her anymore.”

Maria Callas was both revered and hated but her professional skills left no one indifferent. She influenced the world of opera like no other person in the twentieth century. Callas owed her success to hard work, high moral qualities, and constant strive for perfection. It was her childhood dreams and the crises she went through that hardened her character and turned her into an overachiever.

And she remained one for the rest of her life…

No matter how hard she tried, Billie Holiday could never climb to the very top of DownBeat, Melody Maker, and Metronome charts. For the general public, she’d always remained the second or third best. She kept being pushed aside by Ella Fitzgerald, Helen O’Connell, Sarah Vaughan, and Joe Stafford who’d always had the support of popular bands. They were also more vocally gifted, and thus enjoyed far greater popularity than Billie.

With jazz critics, things were a little different. In all their articles, they emphasized Billie Holiday’s charm, her perfect sense of style and, of course, her unique voice. When it came to the charts, something incomprehensible began to happen. Holiday never made it to the top of the reviewers poll published by the DownBeat magazine in 1953. Almost all critics gave their votes to Ella Fitzgerald.

Billie Holiday was called the Queen of Jazz and Blues. Her unique voice helped her turn simple songs into genuine masterpieces. She did not try to imitate other jazz vocalists because it was simply impossible. She was never fully understood and sought solace in drugs. Billy was only 44 when she passed away of a heroin overdose.

Even though it happened four decades ago, her fans continue to listen to her songs and her albums keep selling to this day.

Born in North Carolina, she went to New York’s prestigious Juilliard School of Music. Her pianist career started in 1953 when she began to perform at nightclubs in Atlantic City. To prevent her religious mother from finding out about her nighttime exploits, she adopted the pseudonym Nina Simone (in homage of her favorite French actress Simone Signoret).

By the end of the 1950s, she had already recorded 10 albums. In the early ’60s, she came up with a collection of Duke Ellington compositions, as well as blues ballads from Broadway musicals. Simon performed at concerts not only as a singer with a surprisingly rich and flexible voice but also as a pianist, dancer, and actress.

Nina Simon was personally acquainted with Martin Luther King. After his murder, she recorded “Mississippi Goddam” in which she poured out her personal feeling of outrage. It was followed by “Pirate Jenny”, and an adaptation of Jacques Brel’s song “Ne Me Quitte Pas”, both of which assumed classic status.

Ella Fitzgerald’s whole life is a testimony to the fact that any person with enough persistence can make it big, even if the odds are against them. The cult singer managed to conquer audiences worldwide with her musical genius, which she was fortunate to be born with. However, without due persistence, her fate could have been completely different.

Ever since she was a kid, Ella had been passionate about many things, including dancing, music, and sports. However, it was singing that helped her become the greatest jazz legend of the 20th century.

The turning point in her life came when she met Charlie Linton, a lead singer for the Chick Webb band, at the Harlem’s Apollo Theater. The band’s leader – Chick Webb – signed her up by paying her a fee from his own funds. It didn’t take long for Ella to become a star. She then recorded her albums with Teddy Wilson, Ink Spots, and Benny Goodman.

Patti Smith, a famous American singer, and songwriter, is often called the godmother of punk rock. She earned the title after releasing Horses in 1975. It played a huge role in the development of the punk genre. Her song “Because the Night”, which she wrote with Bruce Springsteen, was a big hit with international audiences. In 2007, she was inducted into the Rock and Roll Hall of Fame.

Pati Smith’s latest album Banga was released in 2012 and instantly got an unholy thrashing from critics.

Smith is a very active and prominent member of the US Green Party. She is the author of many anti-war songs and a critic of any hostilities.

Patti Smith remains a punk-style icon for many contemporary musicians, many of whom drew their inspiration from her first album Horses.

She painstakingly nurtured her image by changing her name, hair color, face, and even figure. Thus, Louise Ciccone became Madonna whose scandalous repertoire focused heavily on female sensuality and sinfulness.

Her raven-black hair turned glitzy gold (just like that of Marilyn Monroe), while her far-from-perfect figure (which led some people to believe she was a bit overweight) became almost model-like (thanks to a gruelling diet, daily workouts, and jogging).

She arrived in New York when she was 23. Many believed (and still do) that she was too old to begin a career in showbiz. Perhaps, for some that was true, but not for Madonna. After all, her life’s motto is: Each success must be consolidated, otherwise your competitors will “eat you up”. And it seems like she’s truly lived up to it – at least, no one has managed to do it to her yet. 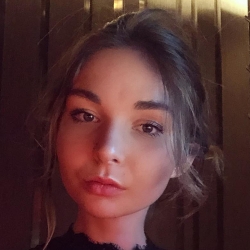 Florence has always been keen to write — from her adorable stories in the second grade to the first blog post. Having a Degree in Journalism, she can write about literally anything. That is one of the reasons she prefers to be a freelancer. Biotechnology, Marketing, Business, Education — just name it — she has enough experience to create an engaging and insightful article in any of those and many other fields.