6 Podcasts I've Appeared On (Other Than My Own) 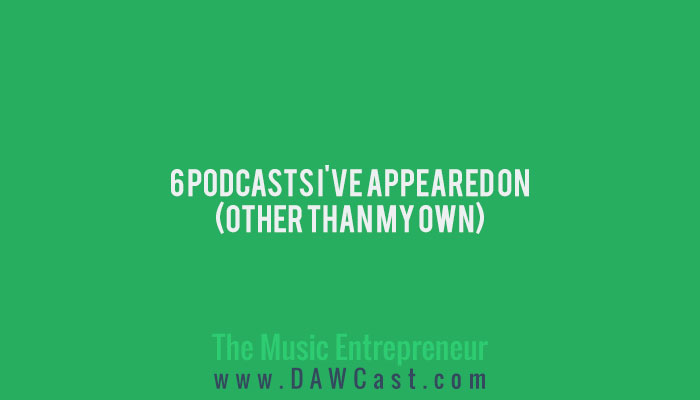 I know, this probably seems like a self-indulgent post, and – I guess – to some extent it is.

However, do keep in mind that the podcasts I’m discussing here are probably going to get more love out of this than I am. Yeah, I’m cool with that.

It’s funny to reflect and see how things have changed, and what has come of a lot of the relationships I’ve been built over time.

Anyway, let’s get to those podcasts. 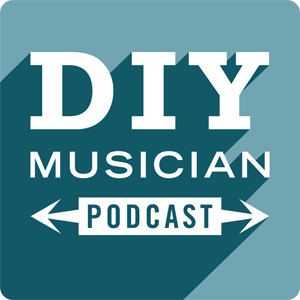 I almost forgot to mention this one, because it’s been so long since I appeared on the CD Baby DIY Musician Podcast. However, you can see that I made mention of it in the archives.

And I use the term “appear” loosely, because they basically just used my comment and answered it on the show.

I don’t think my comment came across terribly intelligently either. Oh well, I’m happy to admit my shortcomings on my journey towards creative freedom. At least they decided to use and answer my comment.

If you’ve been a long-time podcast listener, you know that I had the chance to interview Kevin Breuner from the DIY Musician Podcast, and that is one of my prouder moments.

The Inside Home Recording website is all but gone, and the podcast can only be found and listened to on some of the podcast directories that exist across the web.

In 2012, I became the official co-host of IHR, but unfortunately, that only lasted for a couple of episodes. At the time, I was moving out of my house and tearing down my home studio.

Dave Chick – who had been running the podcast by himself until I came along – got hired on to do some blogging work for a major company and also had a traveling schedule to fulfill (if I remember correctly).

Oh yes, and the website was having major WordPress hiccups, such that logging in became impossible.

Dave and I have not chatted in a while, but still remain on good terms. I have no idea if Inside Home Recording will ever be revived, but it was a really good thing while it lasted, and being on the show was a dream-come-true for me. 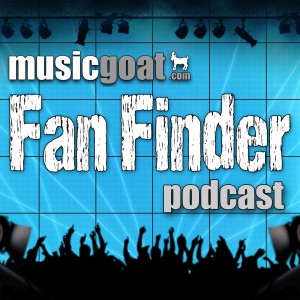 invited me the Musicgoat Fan Finder Podcast for his episode on blogging, and I believe that was the first time we ever chatted over Skype.

I don’t think him and I could ever just talk for a few minutes, because we are too much in the same realm to not have a lot in common.

He’s huge into marketing, and I’m always interested in learning more about it. He’s a musician, and so am I. He has a music marketing blog, and so do I.

Anyway, if you’re a musician and you haven’t really figured out the blogging thing yet, the aforementioned episode is a must-listen.

Sean Harley and I are friends, there are no qualms about that.

Still, I was glad to be invited onto his show, and look forward to making another appearance when the time is right.

When he had me on his show, I think he really wanted to know what sort impact my life in Japan had on my music. That makes sense, because it makes for good radio.

However, I don’t think I was able to give him a satisfactory answer. What I will add here is that I grew up with a lot of great music, and came to love Japanese artists like B’z, CHAGE&ASKA, and others.

Does their music inspire me? Absolutely. However, I did not start writing songs or learning the guitar until I returned to Canada in 1997. Bands and artists like Collective Soul, Jimi Hendrix, Eric Clapton and Van Halen had the biggest impact on me when I was first getting started. 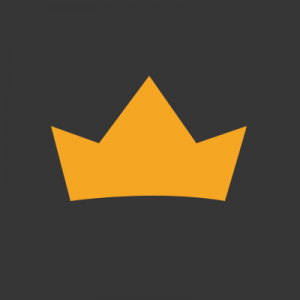 Well, this wasn’t so much an appearance as it was an honorary mention.

You see, I got a great insight from their podcast and wanted to share it here, so I made mention of Empire Flippers in this blog post.

Then, they made mention of me in their ego-boosting social proof section (thanks, guys!) on one of their shows.

Empire Flippers is a site where you can buy and sell quality websites. Am I considering buying and selling sites? Not right now, but I certainly was at one point.

The cost of keeping multiple web properties seems to be going up, and just renewing domains has become rather ridiculous as of late. But that’s a whole other topic… 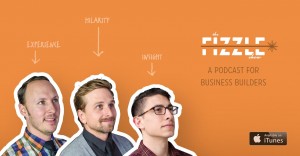 In case you didn’t know, the guys over at Fizzle are curently looking for people to contribute intros. I sent mine in about a month ago, and it recently got featured on episode 94.

They didn’t mention my name in that episode (oops, I must have broken protocol somehow), but the link love has been pretty sweet (thanks, guys!).

I really appreciate The Fizzle Show and look forward to it every Friday. It’s often the highlight of my week as the content really resonates with me and what I’m doing.

I have also checked out their membership community and courses, and I must say I was very impressed. I am not an affiliate of Fizzle, but maybe I should become one, because now they’re getting free advertising!

I don’t really have more to say, but I look forward to being on more podcasts in the future.

If you’d like to collaborate, don’t hesitate to get in touch!

Any thoughts? What podcasts have you appeared on?

If you feel like leaving a comment, awesome, that’s what the comments section is for (see below)!

Filed Under: Resources Tagged With: Podcasts