4 Reasons Why Sticking to One Genre Can Harm Your Music 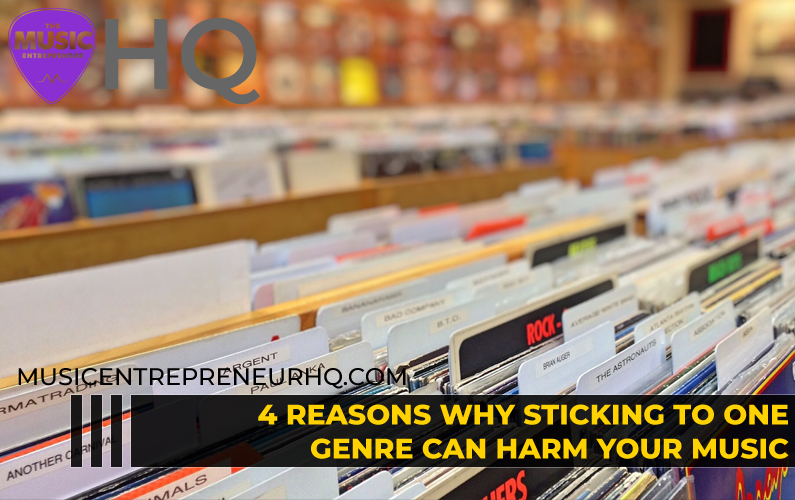 Now that breaking down the barriers of good old traditions and stereotypes has become the marker of modern living, labelling things and confining them to just one lane seems to be outdated and rather odd.

Today’s youth even rebel against being imposed with unwanted academic duties, ordering their custom essays on some time-proven writing services like WritingCheap. Doesn’t this make it pretty clear that 21st century people shrink from the old-school habit of labelling everything around them?

Instead, they seem to be comfortable experimenting with things, pushing the boundaries, and savouring their freedom in doing so. As one of the most influential and massive spheres of today’s life, the music industry inevitably mirrors this avant-garde trend and establishes new tendencies in dealing with the genre question.

It’s not only a matter of fashion that drives musicians to blend genres in their art, but also the irrefutable fact that sticking to one genre affects your music. Why is that? We’ll try to explain the connection between the one-genre approach to your music and the impact it has on its quality.

#1: It Makes Your Music Dull

Fitting music into one particular genre can make it pretty limited and bland. If you follow, for example, the broad and omnipresent pop genre and add some unique and catchy sound in your single, there’s indeed a good chance you will make your album a success, just like the loved and hated performers, including the Backstreet Boys and Justin Bieber.

Even if your song is listed on top of the charts and played endlessly in teens’ lengthy playlists, it might just remain just an ordinary piece of mainstream culture. This is why it’s essential to experiment with genres if you want your music to stand out from the garish rubbish you see on YouTube.

Spicing up your pop track with some strong rock vibes will make it a bright example of a distinctive cross-genre music product. And vise versa, shaping your rock-powered single into a dulcet pop-themed melody will add a striking quality to it.

Probably one of the most prominent musicians who succeeded in blending their music is the widely popular teenage idol, Avril Lavigne. The music icon of the early “double zeros” bridged rock and pop so brightly and uniquely that it made her music an outstanding example of both genres.

Many critics attribute her mind-blowing success to the euphonic mix of the two seemingly distinctive genres that she put in her songs. The pop-rock queen herself admits that she rose to fame mainly due to the ear-pleasing hybrid she turned her teen-oriented music into.

Subsequently, if you decide to adopt a different genre, your audience may not be ready for the upgraded version of your music style. As a result, your fans might simply turn their backs on you as a performer, unable to come to terms with your style alterations. So, maybe it’s better to restrain from labelling your music in the first place?

Assigning one typical genre to your music means restricting it to the features of that genre. You basically smother the idiosyncratic spirit of your music by keeping it within the tight bounds of the genre you’ve picked. Instead you should expand your music to new genres and balance them neatly in your singles.

In writing this passage on breaking out of the one genre trap, we can’t help but mention one of the most legendary and memorable bands who reached world-wide success by balancing two epic genres in their music — rap and rock. Yes, as you may have guessed, we are dedicating this section to the epitome of rap-rock music, Linkin Park.

The band managed to sharpen the rap and rock fusion in their music so beautifully and masterfully that the then raw genre became associated with these music virtuosos from that time on.

#4: It Sickens Your Fans

No matter how deeply your fans love your music, they may get jaded to the regular sound of your songs with time. The audience will get used to your style very quickly, which is the main reason why they may get fed up with your music and no longer want to accept it as something valuable and attractive. In order to avoid this, just freshen up your music style by combining the genres!

Listeners have no mercy even when it comes to the world’s most phenomenal musicians. Yes, the music industry has witnessed several cases where the public reproached some insanely popular performers such as “Rap God” Eminem or pop diva Britney Spears for their disregard for genre experimentation.

In this article, we tried to broaden your knowledge in finding the right approach to music genres, demonstrating that adhering to one genre in your musical style can negatively affect its quality as well as the way it’s perceived by your audience.

We hope that we have provided you with the proper insight into why holding to one particular genre can devalue your music and why it’s crucial to experiment with new styles to keep your audience listening. 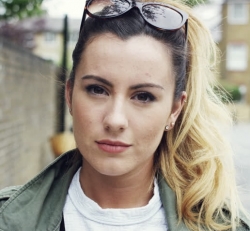 Nicky Quinton is a professional writer and blogger. With more than 7 years of experience, she has collaborated on different educational projects.
Nicky is writing a book that is going to see the light of day by the end of 2019.