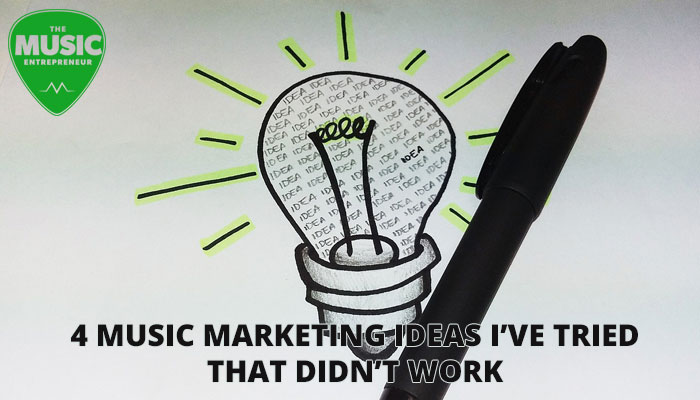 You might recall that I’ve shared some interesting music marketing ideas with you in the past.

It’s fun to think about what might work, but sometimes when you put your ideas to the test, they don’t produce the results you thought they would.

I wanted to share with you some things that failed spectacularly for me. And the best part about this is that if you learn from my mistakes, you won’t have to repeat them.

I’ve told this story many times now. If you’ve read my eBook, you probably remember it.

When I set out to book a tour with my band back in 2003 or 2004, I decided to put together a postal mail campaign.

I found an online directory that listed churches across Canada and the US, and put together a form letter to send out to 1,700 some odd select churches. Each band member had to sign every one of those letters by the way.

First, we sent out all of the Canadian letters, which totaled between 150 and 200. We only got three responses back, none of which turned into a substantive opportunity. One response in particular was quite negative, though mostly funny looking back.

As for the US letters, we never sent them out, because postal mail costs a lot of money, and we had no budget for it!

We also had to label and organize every letter by state, which we did do, but ultimately the remaining 1,500 or so letters landed themselves in a recycle bin.

Now this isn’t to suggest that postal mail campaigns can’t work. David Hooper actually suggests that they can be incredibly effective.

But you have to do it right. You have to research your recipients, and think about how you can build a connection with them.

I realize that the last three months of the year is inevitably the biggest retail quarter there is (meaning a lot of stuff sells during this time).

And while I can’t speak for you, any music related promotions that I’ve run during the holiday season have done absolutely nothing for me.

But I will be the first to admit that I probably did a lot to sabotage such promotions, including:

At least I now know what not to do, right?

Bottom line – if you’re desperate, or if you’re just trying to make money, don’t discount your merch. People always sniff it out.

The reality is that holiday promotions can be incredibly effective. But as with anything else, it really depends on your marketing.

If you don’t market well, you certainly can’t expect to sell any more albums – digital or physical – than you normally would.

3. Spreading My Online Presence Too Thin 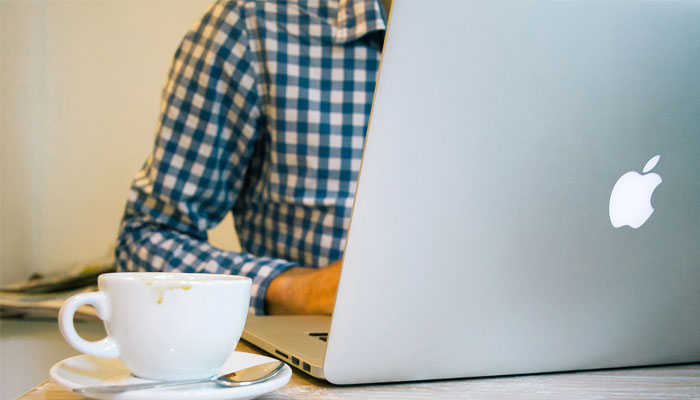 You may have heard that obscurity is the artist’s worst enemy.

I think there is some truth to that statement, but that doesn’t mean that you should run around like a headless chicken trying to spread your online presence far and wide.

This runs somewhat contrary to the idea of distributed identity, which is still valid, but hear me out.

What I did was find as many different places as I could to try to sell my music online and create profiles on each of those sites.

In theory, it sounds like a good idea. In practice, it was kind of painful.

First of all, you have to think about the amount of time an activity like that is going to take. Even if you find a blog post or a database that lists all the places you can promote your music, you’re still going to have to go through the process of signing up with each and uploading your music.

Second of all, it’s incredibly hard to track how many people are actually being exposed to your music through so many channels. Tracking, measuring and tweaking is a vital and often forgotten part of marketing, and it’s virtually impossible to do when you have so many sites to look after.

Early on, I gave away a lot of CDs to friends and family.

Eventually, I just decided to give away one CD per show, and I would give it to the first person who came and grabbed it, or had the audience answer a music-related trivia question, and give the CD to someone that gave the correct answer.

But having given away a lot of product – both in music and in business – I have to say that it isn’t a wise thing to do unless you have some kind of strategy behind it.

Product in exchange for an email address – that’s not a bad deal. But just giving stuff away for the sake of giving it away probably isn’t going to move the needle on your music career.

I know this sounds almost contradictory to what I’ve said about adding value to people in the past, but there is a line, and when you cross it, you can rest assured there is no win-win. You’ll lose every time.

There’s no point in throwing pearls to swine. Those who feel they have received something from you will invariably reciprocate.

The interesting thing about each of the previously mentioned ideas is that, if you were to apply them more strategically than I did, they could actually work.

None of these tactics are necessarily bad. What matters is execution.

So next time someone tells you that the right strategies are all you need, run the other way. How you carry out those strategies does make a big difference.

What mistakes have you made in your marketing? What strategies have you tried that didn’t work? Let us know in the comments section below!