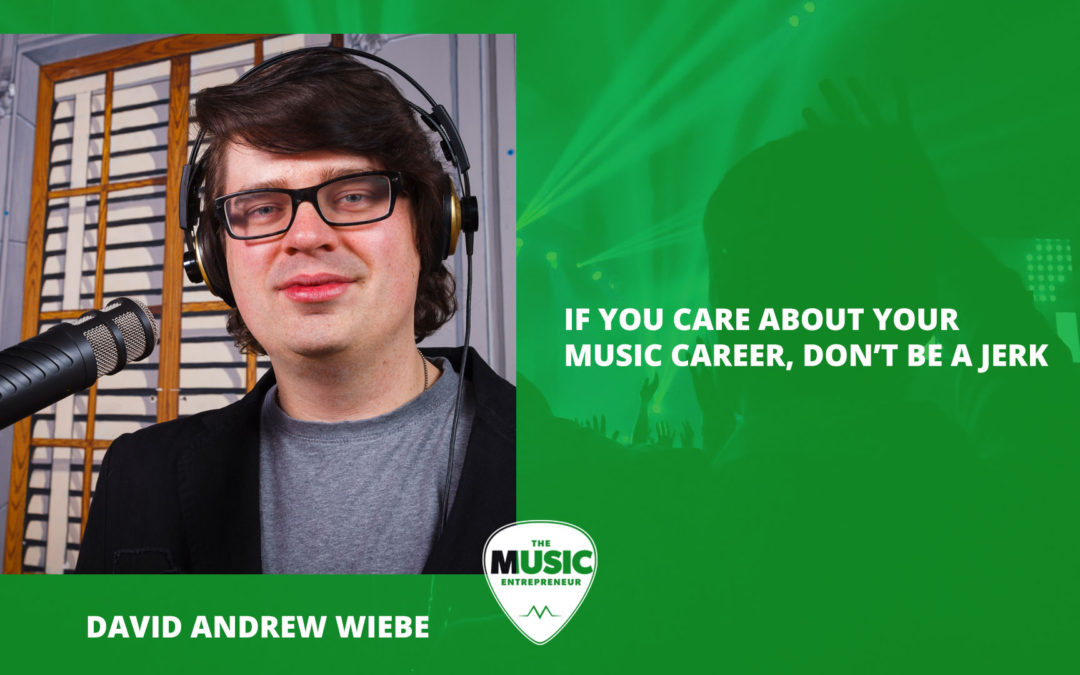 In the long run, being a jerk will do more harm than good for your music career.  And once you have a bad reputation, it will take a lot of effort to reverse that image. In this episode of The New Music Industry Podcast, we look at why you should be aware of how you conduct yourself while you’re building your music career.

Thank you so much for joining me. Today I wanted to talk about how you conduct yourself, because how you’re perceived by others is really important. You don’t really have to look much further than your branding, your image, what you wear, and how your fans perceive you and your music to know that this is true.

There’s a huge difference between confidence and arrogance, and understanding this difference may help you.

Confidence is self-belief. It’s the belief that you are worthy, you are deserving, you are capable, and that you can one day achieve everything you’ve set out to do.

You know, a bad reputation is easy to create and hard to eliminate. A good reputation takes a lot of time and a lot of hard work to create. If people say enough good things about you, if you make enough good impressions, if you continue to show up and deliver on your promises, then one day people will start saying positive things about you. But it’s going to take some time to get there.

Whereas, if you make bad impressions with people, and you continue to disappoint them, and you don’t deliver on your promises, it only takes a few to gain a bad reputation. And like I said, getting rid of that bad reputation could be difficult. It’s going to take a lot of time to undo all the harm and bad that you’ve done.

And the reality is, you can also go too far to the other end, and extremes are dangerous. You can be nice to the point of being fake. Fake doesn’t work. Just look at the election and what’s happening with that right now. People relate to authenticity. They don’t like fake. I don’t like fake. Wouldn’t you rather just know what people think?

I’m not saying that we need to be honest in the face of being disrespectful or insulting. And I’m trying to find that balance myself, of being honest and saying what I think, but not a cruel way.

And it’s the same thing with employees, if you have any, or your team. You can delay saying what needs to be said, but then your team member will continue to mess up. Whereas, if you told them exactly what was wrong with what they did in the first place, you could both move on, and you can get them doing the things the way that you want them to be done.

The world works in strange ways and sometimes it isn’t entirely fair. Sometimes it will appear as though the jerks are getting ahead, and the nice people – who are working hard to create a good reputation – are not.

But in the long run, if you become somebody that people want to be around, I believe that you will have a better career – it will last longer, and you will accomplish more.

Achieving everything that you want to achieve – especially if you have big dreams – can be difficult. And we know that not everybody succeeds in the music industry. But you’ll get a heck of a lot closer.